THE bull selling season has gotten off to an excellent start in most areas, with good results and strong clearance rates across five states.

In Queensland the Charters Towers Big Country Brahman Sale last week produced excellent results, but the extended drought in central and western Queensland has caused the cancellation of two prominent multi-breed, multi-vendor sales in that region.

The top price for a red Brahman bull at $42,500 was Ooline Shawshank 1076 sold to Kelly Daley, Katherine Downs, Katherine, NT. There was a healthy 91 percent clearance for the 290 bulls offered. Coincidently the Grey and Red Brahman offerings had exactly the same average of $9025 and similar clearance rates.

In contrast, Grant Daniel and Long and Elders have decided to cancel the GDL Blackall Black Stump sale which was scheduled for mid- March and the Elders Longreach Outback sale scheduled for the end of March has also been cancelled due to dry conditions.

The Landmark and Elders February All Breeds Bull and Female sale is offering 415 lots at CQLX Gracemere Saleyards finishing today, and will be a further test of the market for bulls and registered females in the north.

The Australian Topstock Barcaldine bull sale featuring Angus, Red Angus and Senangus bulls is set to go ahead on February 23 according to selling agent spokesman, James Lilburne. He said buyers from the southern parts of Queensland where there had been more rain were regular attendees and likely to be wanting bulls, even if those around Barcaldine were unable to buy due to the season. 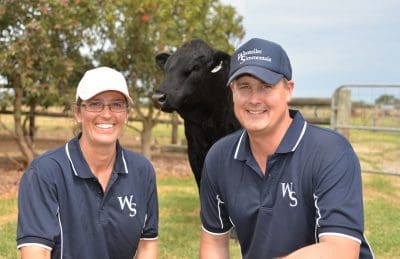 A complete clearance of 101 bulls including traditional Simmentals, black Simmentals and Sim-Angus bulls sold for an impressive average of $9287.

Also in Western Australia, Monteray Murray Grey and Angus sale last Wednesday in Karridale saw 37 Murray Grey bulls sold to a top of $18,000 and an average of $7000 with a 77pc clearance. The top priced bull sold to Hamden Farms, Donnybrook, WA.

Twenty nine Angus bulls sold to a top of $18,000 and averaged $6775 with a 73pc clearance. The top priced bull sold to Siverstone Farms, Narrakup, WA.