The value of Estimated Breeding Values and Selection Indexes has been explored in a joint project between Angus Australia and the MLA Donor Company. 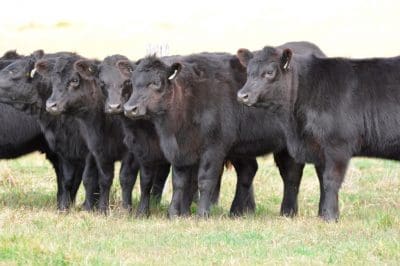 The project has shown that EBVs are reliable indicators of the genetic merit of each animal.

“Australian Angus producers have been dedicated to collecting quality performance data on a regular basis. To see proof that EBVs are doing a good job is such an encouragement. It reinforces that each producer’s investment of time, effort and money into collecting quality information is worthwhile,” she said.

The project used data sourced from the first three cohorts of the Angus Sire Benchmarking Project (ASBP), encompassing about 40 sires joined to 2000 cows per cohort (25 progeny per sire).

“The project demonstrated there was great opportunity to make genetic improvement through careful bull selection, with considerable differences being observed in the progeny from different bulls,” Ms Horne said.

“We found that most sires will perform as predicted by their EBV, and while some individual sires may perform better or worse than predicted, the EBVs will on average, provide a reliable indicator of the genetics that sires are delivering to a breeding herd,” she said.

Angus Sire Benchmarking Program chairman, Ross Thompson said as someone who had been supplying bulls since the beginning of the project, it was terrific to see that the BREEDPLAN model is surprisingly accurate across the average Angus population.

Detailed outcomes from this project can be found on the Angus Australia website, www.angusaustralia.com.au