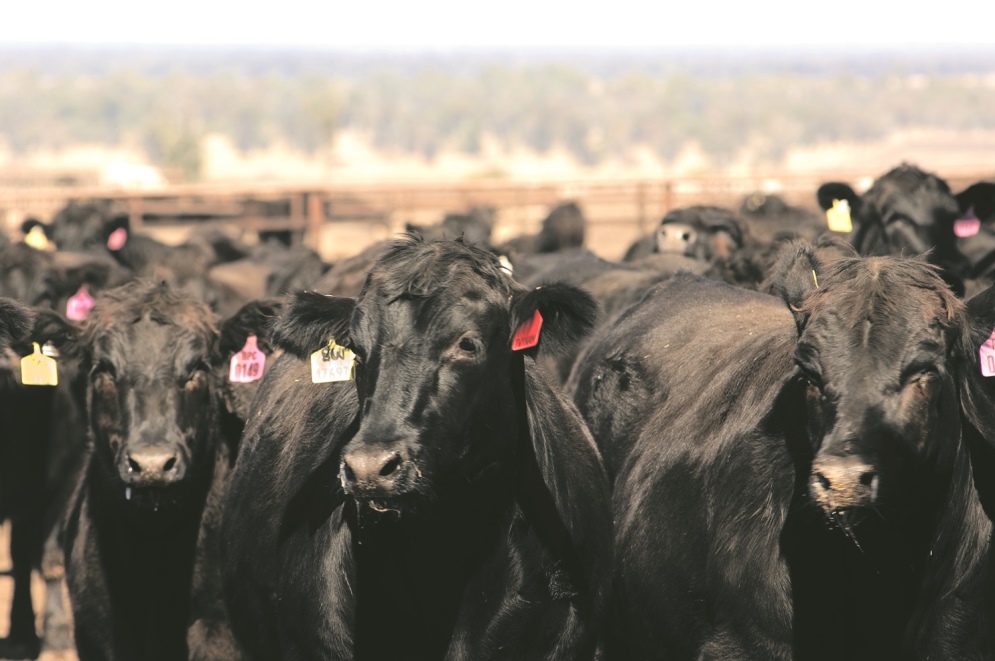 GENOMICS, the term given to describe a range of DNA based technologies concerned with the structure, function, evolution, and mapping of genomes, is a science receiving much interest around the world among breeders of all livestock species.

In April 2011, the first set of Estimated Breeding Values were calculated within the Angus BreedPlan genetic evaluation that included genomic information.

A different way of handling genomics

The current procedure for the incorporation of genomic information into Angus BreedPlan uses a two-step process.

Step 1 involves using the genomic data for an animal to generate a genomic prediction of the animal’s breeding value. This is often referred to as a Molecular Breeding Value (MBV) or Molecular Value Prediction (MVP). 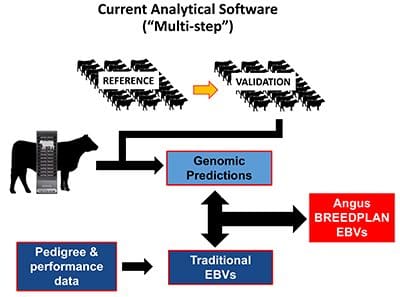 While the two-step analytical model represented the most sophisticated approach available at the time, different methodologies that use genomics in a more effective and appropriate manner have since been developed. 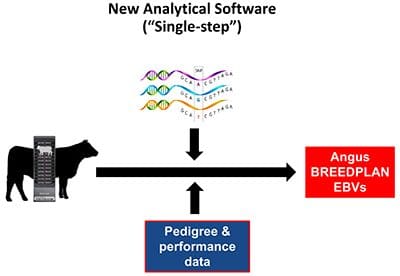 the NZ Angus Association, to implement a new approach for incorporating genomic information into the calculation of EBVs within Angus BreedPlan.

The main benefit of the new analytical approach is how genetic relationships between animals are determined.

With a traditional pedigree based approach, the relationships between animals within Angus BreedPlan are determined by pedigree alone. For example, pedigree would predict that the genetic relationship between full siblings (i.e. animals with the same sire and dam) is 0.5, meaning full siblings are predicted to have 50pc of genes in common when calculating traditional pedigree-based breeding values.

Understanding the way that DNA is inherited, it is known that there will in fact be variation between these relationships, and the true genetic relationship between full siblings is likely to range between 0.4 – 0.6.

Similarly, pedigree may predict that two animals are unrelated, but in reality, the animals may share common genes, and have a genetic relationship greater than 0.

In addition to better determining the genetic relationship between animals, the single step analytical approach has a number of additional benefits, including:

The net result is that the new analytical approach will more optimally utilise genomic information, and will provide Angus breeders in Australia and NZ with EBVs that are the best possible estimate of an animal’s breeding value.

When will the new analytical model be implemented?

While the development of the single step analytical software has largely been completed, considerable further work is now required by AGBU, ABRI, Angus Australia and Angus New Zealand to test this software, resolve any issues that arise, and implement the software into the routine, commercially available Angus BreedPlan genetic evaluation.

While the implementation of the single step software remains a high priority for AGBU, ABRI, Angus Australia and Angus New Zealand, it is envisaged that it will be approximately 12 months before it is implemented into the routine, commercially available Angus BreedPlan genetic evaluation.

In the meantime, it is possible that the single step software may be implemented in the genetic evaluations that that are conducted for some other breeds.

By comparison to the genetic evaluations for other breeds, there are a number of additional considerations that need to be resolved in Angus BreedPlan, including:

How much will EBVs change?

It is still too early to predict how much EBVs will change with the implementation of the single step software, but some change in EBVs would be expected, particularly for animals that have genomic information available.

Likewise, it is also expected that the accuracy values published with EBVs for animals, particularly for those animals with genomic information, will change.

Other than changes to EBVs and EBV accuracy values for some animals, there will be little noticeable change with the implementation of single step software.

The manner in which DNA samples are collected, submitted to Angus Australia, and handled at the DNA laboratory will be the same, and the cost of DNA tests will remain unchanged.

The implementation of single step analysis will mean that genomic predictions are no longer produced, and so it is envisaged that Molecular Value Predictions (MVPs) will no longer be provided when conducting genomic testing using the Zoetis i50K or HD50K products.

While the new software will result in improvements to the calculation of EBVs, the current two-step analytical software continues to provide reliable breeding values on Angus animals. Angus Australia members should not have any hesitation in utilising genomics as a component of their seedstock breeding program.