Global study cracks code for genetic trait of height in cattle, opens door to others A MASSIVE global study involving 58,000 cattle has pinpointed the genes that influence the complex genetic trait of height in cattle, opening the door for researchers to use the same approach to map high-value traits including those important for beef and milk production.

The University of Queensland’s Professor Ben Hayes, who heads the global 1000 Bull Genomes Consortium of 57 researchers from 30 institutes, said it had previously been a major challenge to identify variants in the genome affecting complex traits, due to variations within multiple genes and to behavioural and environmental factors. 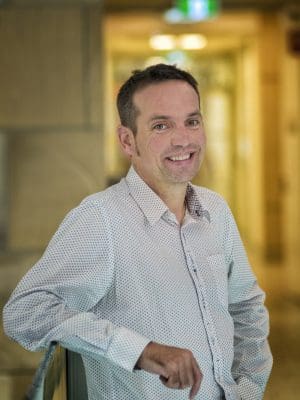 “To overcome this issue, the consortium pooled large genomic datasets and phenotypes collected from 58,000 cattle around the world to gain the clearest picture so far of their genetics,” Professor Hayes said.

“We needed access to vast resources of data in order to demonstrate that the genes affecting a complex trait like height can be accurately identified.

“By applying the same collaborative big data approach, it may now possible to identify genes associated with high-value complex traits that are really important to the industry, such as beef and milk production, feed efficiency and reduced methane emissions.”

The 1000 Bull Genomes Consortium’s findings on height were confirmed by analysing the genetic material of miniature cattle and the DNA sequenced from a 6500-year-old wild auroch bone.

“Aurochs are an extinct species of large wild ox – which were domesticated by ancient humans about 10,000 years ago and bred to be shorter – and are the ancestor to all cattle breeds,” Professor Hayes said. 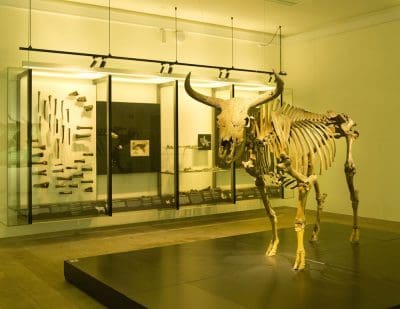 “From analysing the DNA of this animal, we could predict its height, and then verify our prediction with the fossil records of auroch skeletons.”

“On the other hand, the miniature cattle were predicted to be quite small based on their DNA and the genes we pinpointed in the study, validating our discoveries.”

When the team applied its findings to the genetic datasets collected for humans and dogs, they were surprised to find that there was a high degree of overlap.

“This is something that has never been demonstrated before.

“It opens up the possibility for researchers working in cattle and human genomics to share data on traits such as temperament and body fatness.”

The research is published in Nature Genetics.

Click here for a short (2 minute) video in which Professor Hayes explains the significance of the research for beef production and milk production. Source: QAAFI.