Genetics: Balance essential, but in north fertility is key

A COMPREHENSIVE study, drawing on the best available information on northern herd performance, business performance and genetics, has been undertaken to demonstrate the impact of genetic improvement of cow fertility on the bottom line of northern beef businesses. 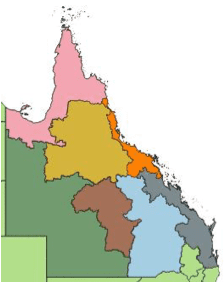 The data was primarily drawn from the QAAFI-led Northern Genomics Project, as well as the Australian Beef Report, and other industry data sources.

These data sets enabled a comprehensive profile of genetic composition, herd productivity and business performance to be developed for each region.

Using these profiles, the study assessed the impact to the bottom line of each region from achievable improvements in either fertility or growth.

An achievable improvement was defined as one genetic standard deviation.

Improvements in fertility were based on the pregnancy rate of heifers at first mating and projected to older breeder classes via established genetic relationships between heifer and cow fertility.

Whilst only one primary trait was selected at a time, genetic correlations with related traits were accounted for in the study.

This approach was not done to advocate single trait selection, but rather assess the impact of selection for these key traits, to help inform the relative contribution of genetic improvements from fertility and growth.

The study found that genetic improvements in both fertility and growth improved the bottom line in each region.

However, improvements in fertility resulted in a greater increase in profit in each region, ranging from a 1.9% to 5.2% increase in gross margin.

By comparison, growth traits only improved the bottom line by 0.3% to 2.7%.

The more intensive regions were starting from a higher reproductive base, which meant the potential benefits associated with additional surplus females (cull heifers and cows) were less substantial.

However, the results highlight divergence in the economic responses to improved breeding cow fertility across extensive and intensive regions of Queensland.

At a consistent level of selection intensity, economic benefits from improved fertility in extensive regions were estimated to be double the benefit of intensive regions.

These results strongly suggest that herds operating within extensive regions of Northern Australia could benefit from increased emphasis on breeding cow fertility traits relative to herds in more intensive regions.

This study has highlighted that it is important for producers to have a good, objective, understanding of their current genetic profile and herd performance.

A balanced approach to selection is necessary, but fertility should always have a high importance placed on it. In more intensive regions, there can be a higher emphasis on growth and carcass characteristics.

Any changes in your herd’s AE ratings, particularly through larger animals, should be taken into to account to ensure that benefits are from genetic improvement, not from increased stocking rate.

If nothing else, buying bulls with 1) below breed average for Days to Calving EBV, and 2) above breed average for the most appropriate index for your production system, will improve performance for the majority of northern beef businesses. If your seedstock source doesn’t have this information, and you want to ensure your genetic investment improves your bottom line, then you may need to find one that does.

Source: Bush Agribusiness. The full report is available at www.bushagri.com.au/2020/09/queensland-alliance-for-agriculture-and-food-innovation-qaafi-study/