The cow in question feeding two calves, despite only giving birth to one.

The case began when Mr Masson, from Elouera, near The Rock, found a newly born calf in a paddock, that was lying wet on the ground, but with no mother in sight.

With 150 AI cows and embryo transfer recipients calving at once, finding a lost calf isn’t an unusual occurrence for Mr Masson. However, this time it was different.

“I found a cow not too far away and it was the only cow in the herd with all the signs of having recently calved. I walked her over to the calf, she let the calf start to suckle and I could tell immediately that it was her calf,” Mr Masson said.

“This was all ‘business as usual’. However, when I got home and went to record the cow’s ear tag number, I realised that this cow had already calved three weeks earlier.”

A careful data recorder, Mr Masson was confident it wasn’t a mistake in his records.

“I started to think that this could be a rare phenomenon called ‘superfoetation’ where an animal can be pregnant at the same time with two offspring from separate matings,” he said.

“This is, of course, very rare but I could think of no other cause for the cow to have two calves born three weeks apart. I was so sure I bet my vet $100 that this was the case.” 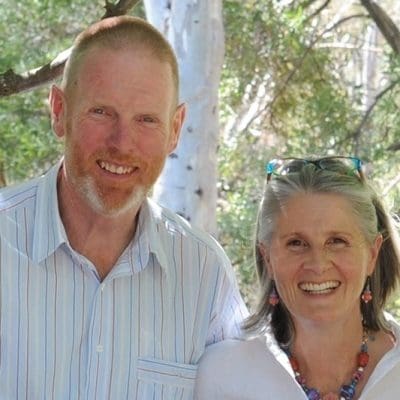 How to settle the bet was the next question. Mr Masson uses the AngusGS DNA test, a genomic profiling tool provided by Neogen Australasia.

An AngusGS test was undertaken for both calves to definitively prove parentage.

Unfortunately for Mr Masson, the test results led to him losing the bet.

“What we found was that the second calf belonged to the cow in question, but the first calf did not. It was a mismatched twin from another cow altogether,” he said.

Despite being $100 down, Mr Masson wasn’t disappointed and said the whole exercise highlighted the usefulness of genetic testing.

“There would have been no way I could have ever worked this situation out without genomics.”

“It was an eye-opener for me because the usual cause of parental mismatch is getting the sire wrong, when we attribute the calf born early to a cover bull as being a late AI calf. We rarely consider if the dam could be wrong.

“If I hadn’t tested for parental verification, these calves would have been entered into the database incorrectly, and that would have skewed EBVs and pedigree information.”

Neogen New South Wales Territory manager, Hannah Bourke, said while she was sorry Mr Masson lost his bet, she agreed it was a great example of genomic testing in action.

“There are so many unknown factors in breeding animals, and we can use thorough genetic testing to eliminate those variables,” she said.

“It also great to hear that producers like Mr Masson are so passionate about ensuring the data being collected through Angus GS is correct, because it’s for the benefit of the whole breed.”