THE 2018 spring bull selling season is shaping up as one of the most erratic on record, with some excellent results defying the desperate seasonal conditions across Eastern Australia, sitting beside near-disasters.

A vast gulf of difference is emerging in statistics for sales held during July, the traditional start of the spring bull selling period.

There have already been plenty of early sales in NSW struggling to sell 50 percent of bulls, with averages in the $5000-$6000 range. But equally, some sales have recorded unexpectedly strong results, given the parched state of paddocks across much of eastern Australia.

One of the early bell-weather sales in northern NSW, Texas Angus, defied logic on Thursday recording a total clearance of 138 bulls (12 more than last year), averaging $11,580, and delivering a top price of $32,000.

Stud bulls in the catalogue sold for less money than previous years, but the strength of the sale was in the commercial market, with strong buying support out of Queensland, where 85 bulls sold, into areas like Roma, Injune, Goondiwindi, Taroom and Richmond. 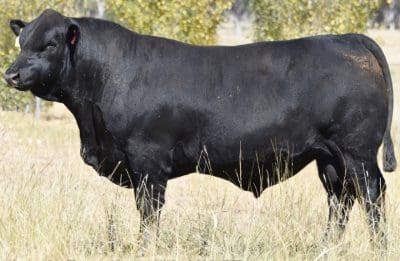 Another strong NSW sale under dire seasonal circumstances last week was Peakes Angus near Barraba, which managed a 97pc clearance of 60 bulls. The average price of $9793 was less than $100 behind last year’s result, and was all the more extraordinary given the top price was only $14,000, achieved three times. Sales with one or two extremely high-priced ‘headline’ bulls can often distort sale averages, by ‘pulling’ lesser-priced bulls along.

Studmaster Stephen Peake put the result down to steady, strong commercial support from a loyal client base, with bulls going north as far as Roma, Qld and south to Vasey, Victoria.

The Peakes’ second sale held the same day, saw their Bowen Hereford stud clear 58 of 60 bulls for a solid $7588 average, and an outstanding $64,000 top price – easily the highest priced Hereford bull sold so far this season.

Despite desperate local conditions, Lotus Herefords near Glen Innes on Thursday recorded a total clearance of 44 bulls, averaging $7602, with strong repeat and first-time buyer support from as far as Queensland and Victoria.

“We’re happy – we cleared the bulls and at least covered our costs, and it could have been a lot worse,” Lotus’s Barbara Holliss said.

However tough results were not hard to find last week, and there appeared to be little real correlation between breed and performance.

The annual New England Angus bull sale at Tamworth found it difficult to attract buyers faced with bare paddocks at home, with just 21 of 46 bulls offered finding a home, and an average price of $4809.

Plenty of other smaller on-property sales last week achieved disappointing clearances and averages on the $5000-$6000 range.

Glen Innes Herefords on Friday sold 58 of 100 bulls offered, for an average of $5973. The catalogue was originally destined to offer 130 bulls, but many vendors saw the writing on the wall, and culled hard, Beef Central was told. It meant buyers ultimately got some very good bulls for modest sums of money, but the vendors took a pragmatic approach.

Based on comments from a number of studmasters spoken to last week while gathering results for Beef Central’s sales summaries (click here to access full list), some tough decisions are being made over bulls left unsold after recent spring sale fixtures.

Rather than trying to hold, and sell those surplus bulls at discounted rates in the paddock, some bull breeders faced with little or no feed are booking them directly into meatworks to get them off their books.

“We’ve already invested a lot into preparing those bulls for sale, and with feed prices as high as they currently are, we just can’t justify continuing to feed those bulls any longer,” one northern NSW studmaster said last week.