ADVANCES in science mean an historic collection of bull semen held by CSIRO is no longer required by the national science agency, and will be auctioned this week to raise money for the charity. 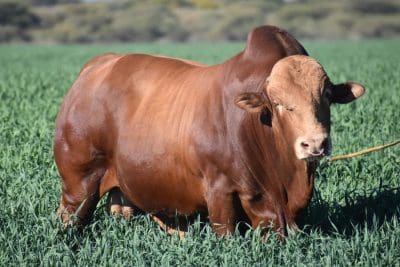 While the identity of sires in some of the genetics is unknown, a brief glance at the catalogue shows some much-respected bulls from prefixes including Waverley, Collins Belah Valley and Lancefield in the Brahman offering, for example.

The sale will raise funds for charities including Drought Angels, the Queensland Country Women’s Association and Beyond Blue.

CSIRO began cattle genetics and breeding research in the 1950s for the Australian beef industry, at a time when animals had to be bred to be studied. Now, these studies can take place at the genetic level.

Since the completion of the cattle genome sequence in 2009, research into selective breeding and improving cattle herd genetics has moved into the digital age with observational studies, statistical imputation and machine learning replacing the much slower and more expensive traditional methods.

Most of the straws included in the sale are from composites developed by crossing tropical Bos indicus breeds with the traditional British Bos Taurus and Sanga breeds.

“With the new genetics we were instrumental in helping the livestock industry improve and diversify the genetic quality of the national herd. CSIRO works closely with rural communities to build drought resilience, but in addition to our scientific innovation we also wanted to do something to help out charities supporting people on the land during this tough time,” she said.

One of Australia’s first tropical composite breeds, the Belmont Red, was bred at – and named after – CSIRO’s former cattle research station at Belmont in Central Queensland.

No guarantees are provided on the viability of the 5000 straws included in the sale, but recent history has shown that bull semen often remains viable after decades in well-managed storage.

A bull was sold at this year’s National Droughtmaster Sale in Rockhampton using rare semen from a bull born 45 years ago.

While donor bulls’ identity is included in some lots, no genetic information is available on the bulls represented in the catalogue.

The funds raised will go to charities that help rural communities. Beef Breeding Services, where the semen has been stored for several decades, Auctions Plus, and agents SBB/GDL are all donating their services to help as much of the funds raised get to charity as possible.

The CSIRO semen auction catalogue can be accessed via this AuctionsPlus page.