CONSIDERABLE changes have been made to the Structural Soundness EBVs that were first published on Australian Angus cattle in the December 2020 TransTasman Angus Cattle Evaluation.

The Structural Soundness EBVs had been the subject of considerable discussion among Angus breeders in recent times, culminating in the need to make improvements being highlighted as a priority by Angus Australia’s genetic evaluation consultative committee, Mr Byrne said.

“Angus Australia has listened to this feedback, and has undertaken a comprehensive review of the Structural Soundness EBVs that are published,” he said. 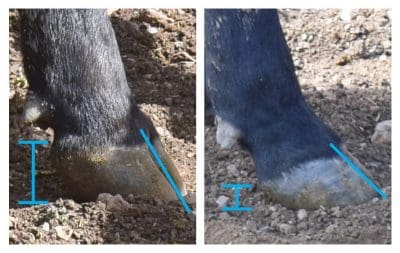 The five Structural Soundness EBVs previously published will be replaced by two new EBVs, being Foot Angle and Claw Set.

Foot Angle EBVs are estimates of genetic differences in foot angle (strength of pastern, depth of heel), with lower Foot Angle EBVs indicating an animal is expected to produce progeny with more desirable foot angle, being a 45-degree angle at the pastern joint with appropriate toe length and heel depth.

Claw Set EBVs are estimates of genetic differences in claw set structure (shape and evenness of claws), with lower Claw Set EBVs indicating an animal is expected to produce progeny with more desirable claw structure, being toes that are symmetrical, even and appropriately spaced.

“It is important that Angus breeders are aware that lower EBVs will now be associated with more desirable structure, as opposed to the previous EBVs where higher EBVs were more favourable,” Mr Byrne said. 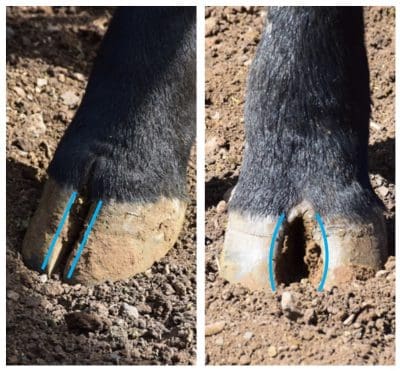 Another feature of the new Structural Soundness EBVs is that the analysis will now be conducted jointly with the American and Canadian Angus Associations.

If Australian breeders are looking at potential North America sires to use within their breeding program, they can take the Foot Angle and Claw Set EPD and times it by two and it will give the equivalent EBV in Australia, he said.

Likewise, dividing the Australian EBV by two will produce the EPD that will be directly comparable to the Foot Angle and Claw Set EPDs published on North American animals.

While considerable changes will be made to the manner in which Structural Soundness EBVs are calculated and displayed, the scoring system by which the feet and leg structure of Angus animals is assessed for inclusion in the Trans-Tasman Angus Cattle Evaluation remains unchanged.

Animals will still be assessed on a 1-9 scoring system, with front and back feet assessed separately.

In a move to try and increase the number of animals being structurally scored, particularly yearling and mature females, breeder-collected scores will now be accepted for inclusion in the calculation of Structural Soundness EBVs, alongside scores collected by independent, accredited assessors.