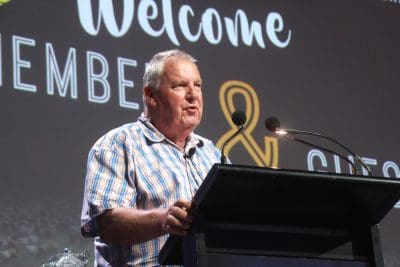 Veteran NSW agribusiness and breeding advisor Phil Holmes explores the use of fixed time AI in heifers – a hot topic across the beef industry at present…..

CURRENTLY, there is much discourse on the use of Fixed Time AI (FTAI) in beef heifers.

In my opinion, it is mostly promulgated by those who will derive revenue from the process, and their timing is impeccable.

With average bull prices soaring to new heights in many breeds, FTAI can appear to be an attractive alternative. However, as always, a few questions need answers.

For those not yet familiar with the topic, the basic premise is to take all your maiden heifers and, through the use of drugs, synchronise them to demonstrate oestrus on the first day of mating.

The technician then arrives and AI’s the lot. Backup bulls are then introduced to mop-up those heifers that did not conceive to AI. You will need 2pc bulls for this anyway because of the concentration of oestrus activity.

The primary claimed advantages/benefits are:

There may be others, but the above seem to me to be the main ones. I have only the protocol that my mob (beef clients) use to query this issue. Most of it is well-grounded in science and economics, and some of it is anecdotal where hard data does not exist (for that I apologise).

The problem is that my mob think and act very differently to the majority of beef producers and what is to follow may be too big a pill to swallow.

We monitor this closely and keep good records so that we can report back every three years to the preferred seedstock suppliers when the supply contract is renewed.

Our metric is bull cost per calf born. In other words, every weaner has a price tag on its head as a function of the bull getting it there. Here is how it works:

If he is good enough to last for four matings (too many bulls don’t), he will sire 180 weaners in his working life. He has a residual value of say $2000 in the saleyards when he is done.

We try to avoid all this nonsense by setting an upper limit of $30 per calf born, which is achieved mainly by avoiding bull sales like the plague and entering into a purchasing contract with preferred suppliers.

We avoid bull sales unless we are jammed, despite there usually being a barbie and a few beers afterwards and the chance of a happy snap that will appear in the rural press.

We just cannot work out how to come away from the sale on budget and on bull specs. Any advice would be welcome.

If the supplier is well above our $30 benchmark, we either negotiate the contract price down for the next three years, or walk away from the arrangement before it falls apart. In 40 years of doing this, we have only had to walk away once from a host of seedstock suppliers.

My research suggests that $60 per heifer inseminated is a fair representative cost and this includes the cost of the semen and the drugs, but not the time and cost to the owner of organising it all (and the yard-work). 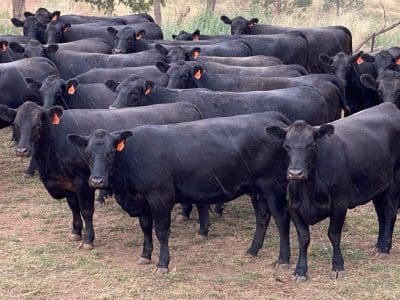 The next issue is the AI conception rate. Really good AI technicians will palpate the ovaries before insemination to determine which ovary released the egg, and they will then deposit the semen into that uterine horn. These technicians are rare, as most deposit the semen just beyond the end of the cervix and it could go anywhere.

But is does not stop there …

The drugs used to synchronise the heifers for AI interfere temporarily with normal cycling after AI, and conception rates to the backup bulls suffer. If you talk to those technicians who both AI and pregnancy scan, you will learn that the backup mating will add about another 20pc to the overall total number of weaners.

My mob confidently expect about 88pc weaners for a six-week heifer mating (this is net of losses to dystocia). For FTAI, that means either 8pc or 18pc fewer weaners.

The example is often put forward that instead of using a live $20,000 bull, you can be using semen from a $100,000 bull and genetic gain will increase.

This is, of course, complete nonsense. What makes a bull worth $100,000, true genetic merit or market forces? If it is true genetic merit, the argument falls apart immediately. If a bull is truly superior genetically, in short time, he will breed a son or sons better than he is, thus seriously discounting his market value.

If he cannot do that, he is almost worthless. Crazy prices for ‘Super-Bulls’ are a serious distraction to profitable beef production, either at the commercial or seedstock level. This stuff is a semen sale and marketing play, and nothing much to do with profitable commercial beef production.

As well, how are you going to select this ‘Super-Bull’? What evidence are you going to use? If you get it wrong, you may pay for it for years to come in the herd. Solid evidence on this decision is hard to find and the choice is both complex and difficult, especially if overseas sires are looked at.

Ask serious and competent seedstock producers about this.

Most of the bulls that we purchase under contract are in the top 10-15pc of breed on our preferred index, and we are happy enough with that.

Yes, there is no doubt that the earlier a calf is born, the heavier it will be at weaning and that advantage carries through until sale in the majority of cases with steers.

My mob have a different approach. We start off with a six-week mating for heifers, along with the whole herd. In that mating, around 70pc of the calves are born in the first cycle. After a while, we move to a four-week mating, moving ultimately to a three-week mating.

This is moving off-subject for a tad, but you have to reduce the number of calves born to heifers, otherwise the whole herd structure gets out of kilter over time; too many young females. How you do this is important and it is not with a drafting stick in the yards. That’s a story for another day.

This gives us lots of early-born calves and lots of growing time until weaning. As well, it provides more time for their mothers to resume cycling after calving.

The beauty of this system is that it is sustainable year after year at low cost and does not require a drug-induced program to make it happen. It also has seriously big advantages in the time and cost of calving supervision in maiden heifers.

We have tried hard, but we cannot make the numbers stack up for Fixed-Time AI in our system – but happily admit that the numbers may well work in other systems. This is a classic example of the technical aspects of the science being rock solid, but the economics found wanting. Both must stack up concurrently for us to get seriously interested.

This current bull price madness will pass, as it is unsustainable. The priority for us is to keep cool heads and be rigorous in our thinking while we wait.