Toowoomba-based Mort & Co’s grainfeeding operations are one of the rare new entries on this Top 25 Lotfeeders report that did not appear in the corresponding 2003 Top 25 survey.

Principal, Charlie Mort’s grainfed beef supply chain business was getting established back when the previous list was compiled 12 years ago, but it was using custom-feeding space exclusively at that time.

The company’s first venture into feedlot ownership did not take place until several years later, but then grew rapidly out to around 2008.

Prior to the investment in feedlot ‘bricks and mortar’ Mort & Co was custom feeding up to 60,000 head at no less than 14 different feedlots, scattered across Queensland and NSW.

It made its first feedlot infrastructure investment around 2005, purchasing Gunnee feedlot near Delungra in northern NSW. Gunnee was previously owned by Twynam Pastoral Co.

The Gunnee yard is now owned and managed under a joint venture involving Mort & Co and Sundown Pastoral Co, one of NSW’s largest beef supply chain managers. Current operating capacity is 10,000 head, but there is further opportunity for expansion. Cattle are mostly 100-day export cattle, sourced either from Sundown Pastoral’s own backgrounding properties, or via Mort & Co’s procurement arm.

A second feedlot, Pinegrove, near Millmerran on Queensland’s southern Darling Downs, was purchased by Mort & Co soon after Gunnee. Pinegrove was established originally DA Hall and Co, and has a current built capacity for 7000 head, but again, has further potential to expand.

Both feedlots provided a ‘stepping stone’ into feedlot ownership, that was to greatly expand two or three years later with the development and launch of the showcase Grassdale feedlot near Dalby. 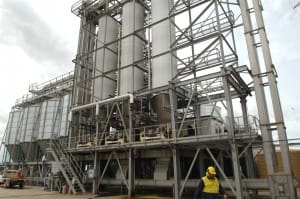 Grassdale became the first substantial feedlot built in Australia in a decade, when it was completed in late 2007 at a cost of about $40 million.

The ‘greenfield’ site, featuring a host of design and technology innovations new to the industry, was built with the benefit of years of trial and error by earlier industry pioneers. Grassdale quickly became a showcase site for modern Australian feedlot operations.

It was built from day-one to its current operating capacity of 35,000 head, but milling and other infrastructure was installed to allow easy transition to even larger capacity when required. The yard has a brace of three large R&R steamflake roller mills – the biggest seen in Australia to that point – designed to accommodate further expansion when necessary.

Just one of the features rarely, if ever seen in Australian yards prior to Grassdale was the installation of bitumen on the yard’s seven 660m-long internal feeding lanes and turnarounds, to reduce dust.

In what may have been a world-first at the time, energy used to generate steam for the boilers and steam chambers was sourced direct from a nearby coalseam gas project pipeline, while waste water from the gas extraction is also incorporated for feedlot use.

Large volumes of silage and hay are grown on the surrounding Grassdale farming and grazing property, one of the largest farming blocks on the eastern Darling Downs at about 5800ha.

In addition, Mort and Co has an operational arrangement with the nearby 6000-head Opal Creek feedlot near Cecil Plains, supplying all the cattle and feed to the site. That yard’s operations are not included in these calculations, which are based on ‘owned’ capacity only.

All three Mort & Co yards have operated at close to capacity for the past few dry years, and represented a combined turnoff last year of 178,000 head (company owned cattle, not including custom fed stock).

Mort & Co still has considerable expansion capacity it can grow into, with licenses and approvals in place for an additional 48,000 head of capacity across its three feedyards, should a decision be made to build it. 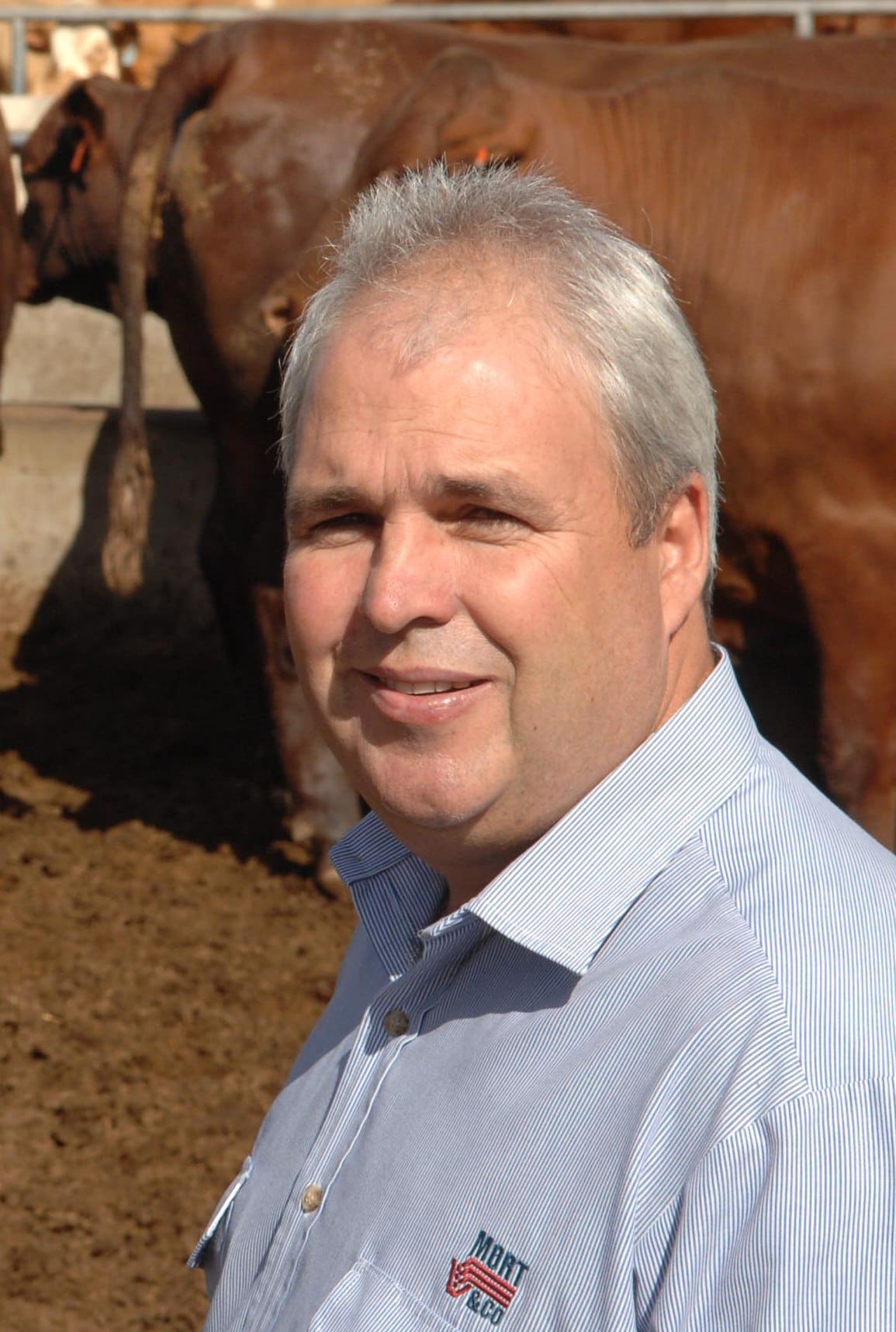 Principal Charlie Mort said Grassdale itself had approvals to add an additional 23,000 head in capacity, which would take the yard to 58,000 head, if implemented. Development to that stage would make Grassdale the largest yard in Australia, about 2000 head larger than the current biggest facility, NH Foods’ Whyalla Beef yard near Texas, on the Qld/NSW border.

“We expect to build Grassdale out to its maximum 58,000 head capacity within the next 12 months,” Mr Mort told Beef Central.

Compared with the early years soon after Grassdale was opened, Mort & Co now owns a much larger proportion of the cattle on feed in its yards. Originally, a lot more feeders were owned by investors, for which Mort & Co offered management services not only in custom-feeding, but also the sale of finished stock to processors, where required.

Beyond the company-owned cattle, custom feeding continues to be an important part of the overall business model, including a number of long-term, committed clients.

There is now also a much larger proportion of the cattle on feed that are committed to established grainfed programs, mostly with major processor/exporters of grainfed beef, rather than being spot-fed.

Because of its location, Gunnee supplies some grain-finished cattle into NSW abattoirs, while Grassdale and Pinegrove supply southeast Queensland plants more or less exclusively.

While all three yards predominantly feed for the 100-day export market, some domestic cattle are also fed (Mort voluntarily relinquished its Woolworths contract about 12 months ago), and there are considerable numbers of Wagyu fed for custom-feed clients.

More recent developments at Grassdale have included the installation two years ago of a cotton seed de-hulling plant (see Beef Central’s earlier article here) which allows the feedlot to break the seed down into separate energy and fibre components. This allows the commodities team to use each component separately, much more effectively than in whole-seed form.

Bunk-based pre-conditioning of feeders for several weeks is now widely practised at Grassdale.

Mort & Co has ‘dipped a very small toe in the water’ in establishing its own a meat marketing arm, commencing the export sale of beef into China under the Mort & Co brand-name last year. There are plans to expand this business in coming years.