A CONTROVERSIAL bill put forward by The National Party to allow the agriculture minister to veto certain carbon projects on agricultural land has passed parliament after the Labor party ran out of time to block it. 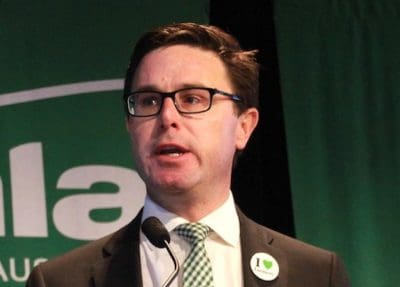 Nationals leader David Littleproud put the bill forward as the agriculture minister last year, which was opposed by the carbon industry – including its peak body the Carbon Market Institute.

Beef Central understands the veto powers are being examined by the Chubb-review, which is looking into framework used to award Australian Carbon Credit Units, it is expected to be handed down before the end of the year.

Mr Littleproud said it was important carbon projects did not undermine agricultural production.

“After public consultation was finalised, the rule allows the Minister for Agriculture to veto certain native forest regeneration projects where they will have negative impacts on regional communities and agriculture production.”

Mr Littleproud said the veto power will only apply to new or expanded native forest regeneration projects that make up more than a third of the farm and are larger than 15 hectares in area.

“I am proud this rule was established when The Nationals were part of a Coalition Government. This ensures prime agriculture regions aren’t turned into native vegetation behind locked gates,” he said

Mr Littleproud said the rule was implemented after concerns from stakeholders and farmers were raised, with fears poorly designed and managed native forestry regeneration projects could negatively impact regional communities and agricultural production.

“All farmers need to manage their land well and do the right thing. However, The Nationals’ emissions reduction plan will never be at the expense of agricultural land or farming families.”

Mr Littleproud said he was proud of his legacy and proud he was able to introduce the change before Labor formed government.

In response, Carbon Market Institute CEO John Connor said the organisation was still opposed to the legislation and was keen to hear back from the review.

“We have expressed our concerns around veto powers being an inappropriate violation of landholder rights in both our submission to the changes in January 2022 and more recent submission to the ACCU Review Panel in October,” Mr Connor said.

“It’s our understanding that the proposed veto powers on HIR & NFMR projects are still under consideration by the ACCU Review panel, which we think is the appropriate forum for reviewing features of the carbon crediting framework. We look forward to hearing the findings.”