Have Australian feedlot emissions been overestimated? 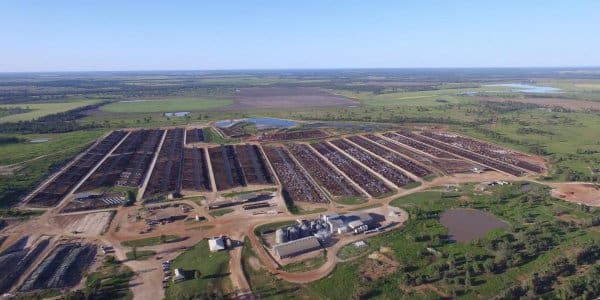 AUSTRALIA’S growing feedlot sector is set to play a major role in the beef industry’s quest to become carbon neutral, with its efficiency in bringing large numbers of cattle to slaughter weight and large-scale trials on the use of methane suppressing feed additives underway.

But the methodology used to measure feedlot emissions is being put under the microscope, with the current calculations based off a study carried out by Moe and Tyrell of dairy cows in 1979. (Read more about that here) 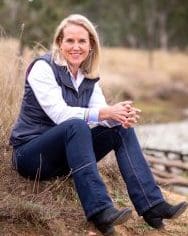 “The emissions accounting method that is used for the feedlot industry had its origins in the late 1970s and in the absence of alternatives is the most practical currently available and is recognised globally,” Ms Madden said.

Research funded by Meat & Livestock Australia has identified opportunities to potentially refine emissions calculations in the feedlot setting. MLA has commissioned a new study to explore the subject further.

“While it is very early days, with research needed to be completed, validated, and recognised, the commencement of this continual improvement journey is exciting,” Ms Madden said.

“It’s a fast-moving area and as new techniques and calculation methods evolve, so does the potential opportunity to more precisely account for emissions.”

A spokesperson for MLA said while it was too early to speculate on the outcomes of that research, the data could be useful for frameworks such as Australia’s Greenhouse Gas Inventory (AGGI).

The AGGI is the official emissions account the Australian government takes to the COP summits, like Glasgow last year, and submits to the United Nations-led Intergovernmental Panel on Climate Change (IPCC) – both are used to form climate change policies.

Success in the US

University of New England Amelia de Almeida, who is heading up the study, said the United States had updated its accounting method for feedlot emissions.

“They managed to reduce their baseline of emissions in the national account after adapting their methodology,” Dr de Amleida said.

“There is a lot of differences between the US and Australia’s feedlot industries. Mainly because the US uses a corn-based system and this work we are doing will be trying to adapt the methodology to a barley-based system.”

Dr de Amleida said while there were some early positives in the work, it still had a long way to go.

Still a process for government approval

While it is too early in the study to determine whether there will be a change in calculations, changes in the AGGI are not unheard of.

The conclusion of a study on grazing cattle in 2015 saw the industry’s number in the AGGI downsized by 24 percent. A spokesperson for minister for climate change and energy Chris Bowen said the government was open to updating the inventory.

“We draw on the best available data, science and technology that is consistent with international emissions reporting rules adopted under the Paris Agreement – including the Intergovernmental Panel on Climate Change (IPCC) emission estimation guidelines.”

“As part of the current improvement program, the Department of Climate Change, Energy, the Environment and Water is engaging with MLA to discuss their current research on the measurement of feedlot emissions.”