THE European Union has passed its controversial deforestation laws, with cattle listed as one of seven commodities linked to the destruction of forests across the world.

Under the new laws, exporters sending products to the EU will need to collect geographical information on the land where it is produced and submit it for compliance checks.

Australian Beef Sustainability Framework chair Mark Davie said the broad-brush approach was not based on science.

“Our landscape needs to be managed and this legislation does not account for that. You can’t ground management without considering bioregions and the science on the ground,” he said.

“It would be good for the EU to focus on their own forests and how they manage them. It is bizarre that the people that cleared everything 800-years-ago have suddenly found religion by pushing legislation on everyone else.”

Mr Davie said there was a big opportunity in Australia to work with nature and develop environmental markets. 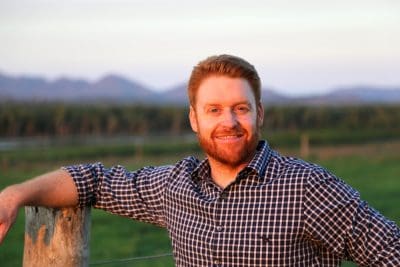 “I was walking through a forest area the other day that was covered in rubber vine and we need people to be able to get on top of issues like that,” he said.

“But if someone burnt that area at the right time of year so the koalas could one day go back into it, then it would be picked up as deforestation on an EU satellite and you would lose your market access.”

The classification of forest varies between countries and companies – Australia classifies it as woody vegetation with more than 20 percent canopy cover reaching two-metres-high.

“It is a better classification of forest than Australia, but it still effectively rules our mulga or brigalow management,” he said.

“These are practices which are seen as a management technique with the understanding that it is going to grow back. It does not allow any specific management-related practices on the ground.”

Worrying use of satellites

Mr Davie said most of the compliance checks for EU markets were mostly based on satellite data, which was a not an accurate representation of land management.

“We have identified a lot of inaccuracies in the satellite data. Most of it is category X and it is re-clearing and it is brigalow and mulga, or management of weed species” he said.

“The satellite is not a land management tool; it is purely quantitative and it can’t even differentiate between a weed and a native species.”

Mr Davie said the collecting the data will put a lot of undue pressure on people exporting to the EU.

“Validating the market entry criteria is going to cost people a lot of money,” he said.

“Imagine if we took all that effort and focus and looked at how we can be more productive in agriculture while delivering more benefit to the environment.

“All of those resources should actually be focused on the outcome rather than reporting to the EU on an ill-informed target.”

Mr Davie said the deforestation legislation was likely targeted at some of the big beef producing countries in South America.

“If you look at Brazil and Paraguay, they need to make 80pc of their land a nature reserve to develop their land for pasture,” he said.

“Their systems are developing but they are trying to develop their countries the right way, because they don’t want to impact the biome of the Amazon because that is where their rain comes from.

“The sad part of this is that the people who end up more food insecure are never thought about in these decisions.”

Mr Davie said the laws represented a worrying trend in the environmental, sustainability and governance investment.

“The more attention ESG investment receives the more the decision-making will move from a technical to a board level – rather than being driven by the science and the outcome,” he said.

“The EU is a real example of that where they are just trying to take a global definition of nature so they can feel a little better.  If you care about a problem, care enough to understand the issue and possible impacts of your legislation, instead of sitting in Brussels engaging in magical thinking”