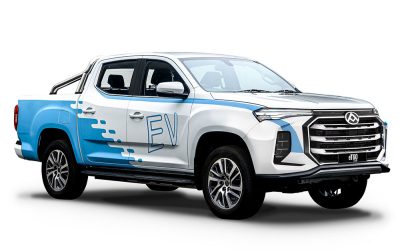 WHILE Australia’s first electric ute is set to come on the market later this year, NSW Farmers says the vehicles will be unviable for most producers.

Chinese manufacturer LDV has announced the first fully-electric ute will be in Australian showrooms by November, with three models to come on the market.

LDV Australia general manager Dinesh Chinnappa said China’s burgeoning EV market was having a growing influence on Australia and the rest of the world.

“In the first half of 2022, 2.4 million EVs were delivered to customers in China, more than double the total annual new car market in Australia,” Mr Chinnappa said.

“EVs now account for 26pc of all car sales in China and 57pc of global EV sales.

“China is moving ahead in electrifying its transport industry and it’s bringing the rest of the world – including Australia – with it.”

But NSW Farmers energy transition workforce chair Reg Kidd said it would be a long time before primary producers make the switch from diesel.

“There’s a lot of promise in these new electric vehicles, but farmers need reliability and endurance when it comes to their trusty ute,” Mr Kidd said.

“You need something that can get up and go all day, not just around the farm but into town as well, and sadly these batteries just don’t have the range yet.”

While the LDV eT60 promises a 330km range, Mr Kidd said recent tests of electric utes in the United States revealed a full load or towing a trailer drastically reduced that range.

“One of these big American ‘trucks’ had its range halved when it was towing a trailer, and for farmers who load of the back of their ute, that’s a bit of a worry,” he said.

“The other big concern we have, particularly out west, is that charging stations are few and far between, so it might be okay on your property, but can you get home from town?”