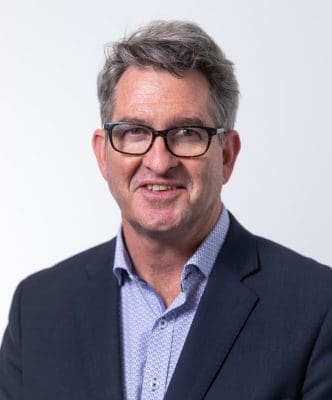 AgCarbon Central has been featuring regular articles from industry stakeholders in a series called the carbon forum. Today is from the Carbon Market Institute, which is the peak representative body for the Australian carbon industry.

WHILE yet to be locked in, last week’s passing of the new Climate Bill through the lower house was an important first step towards enshrining the Albanese Government’s 43% 2030 emissions reduction target in law, but also unshackling a myriad of ‘market-ready’ opportunities across the economy.

As one of the first bills introduced into the 47th Parliament by the new government, this sends strong signals to business and the international community for greater ambition and investment. For the land sector in particular, re-ignites its opportunity to be a big part of the solution and in actual fact, a beneficiary of Australia’s transition.

A report from National Australia Bank (NAB) released last month estimated that $20 Billion in additional capital must flow into low-emissions food and land use assets to meet Australia’s 2050 net-zero target.

Accounting for 16% of Australia’s emissions, it is still of course a significant task for the land sector in meeting its emissions reduction challenge. Climate impacts continue to impact farm profitability too, with ABARES currently estimating an average 23% loss, and some estimating a 40-50% cut by 2060 for Australian grain, meat, wool and dairy enterprises.

Productivity improvements have softened the blow to date, but further carbon and ecosystem service payments can make agriculture more sustainable in its central role in delivering the nation’s food and as stewards for vast landscapes and ecosystems.

With stronger policy signals in place, we expect to see this role take on even greater importance for nature-based solutions in particular, as demand for carbon removal matches increasing compliance and voluntary demand from business to address emissions. Meanwhile, food and fibre sector processors and shoppers are paying closer attention to emissions created in the crop and livestock supply chains, so farmers also need to assess their needs for “insetting” credited carbon reductions for their own produce.

This presents a real and imminent opportunity for regional Australia to cash in on this demand and drive supply of Australian Carbon Credit Units (ACCUs) as the domestic carbon markets continue to grow and remain central drivers of Australia’s emissions reductions. As the global carbon market continues to rapidly evolve and expand alongside this, we will also see reduced barriers to entry, streamlined trading conditions and more transparent pricing.

Of course, it’s also important to note that carbon markets are not perfect. There are elements of Australia’s carbon crediting system that are undergoing review to ensure it is fit-for-purpose, and the government is also consulting on options for a strengthened Safeguard Mechanism to drive more effective decarbonisation in the industrial sector.

These reforms represent the work still to be done to facilitate and ‘ratchet up’ ambition as part of the government’s new agenda, which will lay a really important foundation for stronger targets in future, however as the NAB report indicates, the scale of investment available for ‘real’ and verifiable emissions reductions will be a question of ‘when’, not ‘if’.

Ultimately, Australia has land-based carbon market larger than most other nations and has more than 10 years of experience in this area.

By capitalising on investment, it has the potential to triple in scale over the next 10 years, generating jobs, extra revenue and other co-benefits for communities across the country – and not least, play a central role in tackling our climate and biodiversity crises.