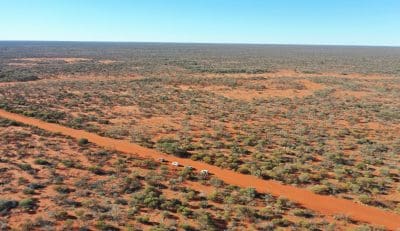 AS THE carbon industry awaits the findings of a Federal Government-commissioned review into the framework used to award carbon credits, calls are growing louder for an overhaul of the industry regulator.

While the committee in-charge of the review plans to make submissions publicly available when it hands down its findings, several organisations have already released them. Most of them have called for an overhaul of the carbon industry’s overarching Federal Government body the Clean Energy Regulator.

The main concern raised about the CER is the many different roles it serves:

With the increasing number of voluntary ACCU purchasers and companies purchasing ACCUs to comply with government regulation, peak representative body the Carbon Market Institute said the role of the CER needed updating.

“We recommend the CER’s role be clarified to strengthen its function as the independent regulator of Australia’s carbon market, with consideration of whether purchasing and/or method development should remain in its mandate,” the organisation said in its submission to the review.

“Australia’s ACCU crediting scheme is evolving, and the carbon market needs governance structures that can support this change and instil long-term investor confidence.

“We recommend that the government procurement functions in terms of Commonwealth auctions (and PRF grants) would be better placed outside of the CER’s remit so that they are fulfilled in alignment with government policy priorities but at arm’s length from market regulation.”

Multi-national carbon farming and trading company South Pole has also recommended the roles of CER be split up.

“There could be the perception that there is an inherent conflict of interest,” its submission said.

“It is best to disentangle responsibilities and have clearly defined roles in different entities and to communicate this to market participants in an open and transparent manner.

Australia’s largest generator of ACCUs GreenCollar has also been engaging with the review, joining forces with Professor MacIntosh. The company also posted its written submission to its website.

GreenCollar has been calling for the carbon farming framework to allow more third party stakeholders to have input into the development of methodologies.

“There are no other programmes globally in which the regulator is responsible for writing new methodologies,” the submission said.

“Instead, most commonly there is expert development and submission of new methodologies by third party stakeholders including project proponents, industry, academia, NGOs and more.

“This allows and encourages private sector innovation with associated efficiencies and new ideas. This leads to rapid movement in methodological development, encourages competition for the best approaches and drives efforts to discover new opportunities not covered by existing methods.

“This is a far superior approach to the current process where priorities are predetermined by either a political or government process and then restricted by access to limited funding and technical capability.”