THE European parliament has voted in favour of new regulations forcing companies aimed at preventing from importing products linked to deforestation – with beef on the list. 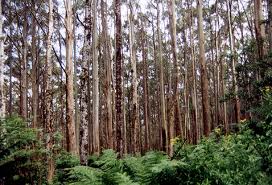 While months of debate was ended by the vote, the regulation will need to provide more detail to determine how the Australian beef industry will be impacted. The law was proposed late last year after the COP26 summit in Glasgow had a major focus on deforestation.

Luxembourgian politician and EU spokesman for the deforestation bill Christophe Hansen said the laws will be dealt with on a three-tiered system.

“I was reluctant to have this type of ‘blacklist’ approach, I would have preferred to have a two-tiered approach where everyone was on a standard risk – then they can qualify to become low risk and have some advantages. But we have decided to stay with the three-tiered approach.

“The checks that need to be done on the ground are way higher than ones proposed by the council. I think there will be a lot of discussion about that.”

Several products, including beef, soy, wood, palm oil, coffee and cocoa, have been covered by the legislation. Mr Hansen said the products were contributing to the majority deforestation linked to European imports.

“If we are serious about global biodiversity loss and climate change it is very important to be very strict and ambitious on this file,” he said.

“It is worth noting that 85 percent of global biodiversity can be found in forests and 25pc of the population lives in forests or relies on the sustainable harvest of forests.”