Are methane-reducing additives palatable for lotfeeders? 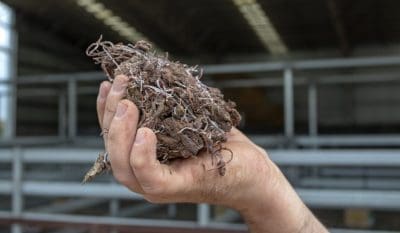 THE cost of methane-reducing feed additives has been on high on the agenda in recent weeks, as the products form a big part of Government and industry plans to drastically reduce emissions before 2030.

Feedlots appear to be the easiest place to use the additives in the short-term, with more work and resources needed to use it effectively in paddocks. While the early trials have been promising in showing emissions reduction, the viability of using the products on a commercial scale is still being sorted out.

Plenty has been speculated about the prices, with some suggesting it could cost more than $2 per head per day. Manufacturers say it will be considerably cheaper than that. Dutch company DSM says its Bovaer product will cost between $0.40 and $0.50 per head per day depending on volume. Asparagopsis producer SeaForest says it will be less than $1 per head per day.

SeaForest CEO Sam Elsom said the cost of the product was likely to reduce if there was an increased uptake by the Australian livestock industry.

Bovine Dynamics feedlot veterinary and nutritional consultant Dr Matt George has been evaluating the viability of in-feed methane mitigants in commercial feedlot rations – with the company about to conduct the first evaluation of the efficacy and productivity effects of asparagopsis in a large, commercial feedlot.

Dr George said he was expecting the cost of in-feed carbon mitigants to be considerably less than what has been speculated and more information was required to determine the feasibility of methane mitigants at a commercial scale in commodity, unbranded, and branded products.

Carbon credits will be a factor

Both DSM and FutureFeed have submitted carbon farming methodologies to the Clean Energy Regulator for their respective Bovaer and asparagopsis products. Work is also underway for a more accurate model of measuring feedlot emissions.

He said developing a carbon methodology was extremely important because the reduction in emissions was expected to be the main value of using the products.

“The viability of these products is very dependent on how market forces shake out,” he said.

“Producers may be able to sell carbon credits or retain them with the cattle and sell ‘low carbon beef’ to make it viable.”

Dr George said further work was required to completely resolve the questions of potential residues associated with the asparagopsis products.

“While our team believes the products are safe, we are dealing with the human food supply and hence we must be certain that there are no residues of concern,” he said.

“Our asparaopsis project has the goal to provide the most robust data set to enable industry to have confidence in the safety of asparagopsis to move adoption forward.

“There are ongoing requirements to further evaluate beef palatability and consumer acceptance of the various methane mitigants.”