A WAVE of projects which could benefit the cattle industry is just one of the outcomes from the Graeme Acton Beef Connections Program, staged as part of Beef 2018 last week. 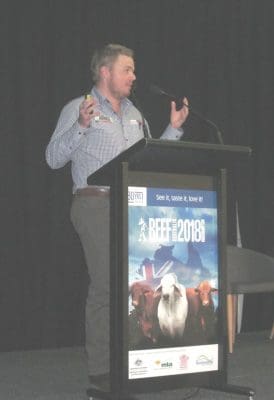 Seven young people involved in the beef industry were given the chance to give an update on their experiences to date as part of the program, which honours the memory of the late pastoralist and cattle identity.

The program matches the recipients with an experienced industry stakeholder who acts as a mentor, and the two work together over a period of 18 months on a project they nominate.

There were 32 nominations for the current program, with those chosen coming from Victoria, NSW, the Northern Territory and Queensland.

Program facilitator Barb Bishop said it was the second time the program had been run, with the current crop of young beef enthusiasts starting their journey in June last year.

“The program is run through Beef Australia, which wanted to do something to give back to the industry,” Ms Bishop said.

“It was this desire to give back where the seed was born and now we will be looking for our third lot of participants. It’s about being able to develop the future of the industry – something that is incredibly important.”

Ms Bishop said the successful candidates were offered support from their mentor to clarify goals for their project; improve their personal performance; have their leadership skills enhanced and broaden their networks.

“We are very careful in how we match the mentor with the mentor’s partner,” she said.

All seven will present a full report on their journey and project in August, but visitors at Beef 2018 were given an update.

Stewart Moroney from Seaton, Victoria, is being mentored by Brett Kelly from NORCO, and together they are working on establishing a co-operative, where producers collectively supply cattle to the one brand.

Mr Moroney said the program had given him the chance to broaden his network as well as draw on the business skills of his mentor, Mr Kelly.

“The most challenging thing for me has been to combine this project with my everyday activities,” he said. “The key action for my project is to get a business plan written, so that is the goal.”

Fellow participant Hamish Lamond works on a Paraway Pastoral Co cattle station in northern Queensland where he is head stockman.

He has focussed his attention on a project to develop strategies to mitigate the vulnerability of northern beef producers to the live export market.

“I’d like to come up with a greater understanding of the options there are,” Mr Lamond said.

Mr Lamond said the program had been a chance to explore a topic he was passionate about.

“I’ve been able to look at a whole range of options including things like crossbreeding to potentially market in to the southern (Australia) system,” he said.

“I would not have been able to achieve the kinds of things I have without the program.” 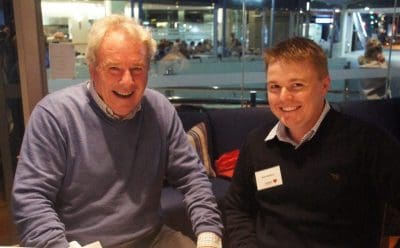 While he has enjoyed working on his project, Mr Lamond said there were also ways he had grown personally including his communication skills.

Other participants spoke of their growth personally, as well as the progress they were making with their projects.

Anna White from Mudgee, NSW, is looking at the effect of seasonality on lean meat yield while Bede McAlpin wants to work on how to change “commodity to couture” to produce extra income for producers.

Mentors also spoke of the commitment needed to participate in the program but also what they had learned.

“What we do is tangible, earthy and real – and celebrates all the good things in our industry”

Julie McDonald from MDH in Cloncurry, Queensland, mentors Annabelle Butler, a student from NSW and together they are looking at rumen health.

Ms McDonald said she knew first-hand what mentors could do and said she had been grateful for the mentors in her own life.

“A good mentor is with you for life,” Ms McDonald said. “We all need mentors whether you are young or old.”

She said the program was “more than just the people in it.”

“This is about Australia and when people are chosen to be participants, it’s not a trophy – there is work to be done,” she said.

“What we do is tangible, earthy and real and celebrates all the good things in our industry.”

Ms McDonald said there needed to be a commitment from both parties each week to the program and time set aside.

Fellow mentor Ken Rich from Queensland has been involved in both the first and second connections programs.

He said the program had evolved from being just about a project to include personal growth. And it’s not a one-way street.

“As a mentor I have been stretched significantly,” Mr Rich said.

“When they put us together, I kind of think it is like a cross between a blind date and an arranged marriage.”

Mr Rich said he liked being involved for a number of reasons.

“It makes you feel that you still have something to offer,” he said. “It broadens your own knowledge base, it broadens your network and it is stimulating intellectually.”

He has watched the members of the group grow and said the transformation was “amazing.”

Jim Teasdale from Victoria thanked the Acton family who were present at the presentation from the participants as well as the major sponsor Westpac.

“It is only fitting that his name is remembered given his contribution to the industry,” Mr Teasdale said.

The full list of mentors and their charges is: