AUSTRALIAN Angus beef will supply the first Costco Warehouse retail outlet in China when it opens next year.

Costco’s commitment to stocking only Angus beef will see its supplier – Australia’s NH Foods – switch more and more of its feeder cattle passing through its 52,000 SCU Whyalla feedlot to Angus, a Beef 2018 seminar hosted by Angus Australia heard earlier today. 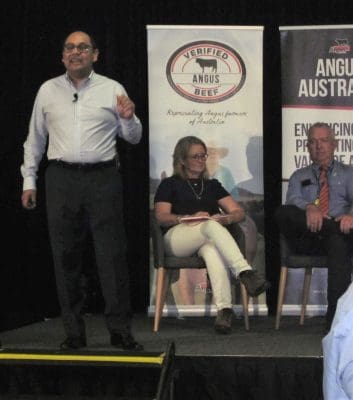 The new China warehouse in Shanghai which will open in March or April next year, is expected to rank among the biggest Costco stores in the world.

There are expectations the first Chinese store will have a similar turnover to those in South Korea and Hawaii, which each generate $400 million a year.

Costco, which is the second largest global retailer in the world, sources all its beef for its Australian stores from NH Foods, with the beef grainfed for 150 days at Whyalla feedlot, near Texas on the Queensland/NSW border.

Costco sourced product through several Australian suppliers including Cargill, JBS and Stanbroke, before signing up NH Foods for its supply in 2013.

Since then, the company has sold $111 million worth of Angus beef through its nine Australian stores, and will now only stock grainfed Angus beef.

Mr Moodley said the mission of Costco was to provide members with quality and service at the lowest possible price. Customer loyalty was integral to the business, and that did not come without supplying consistently high-quality products. 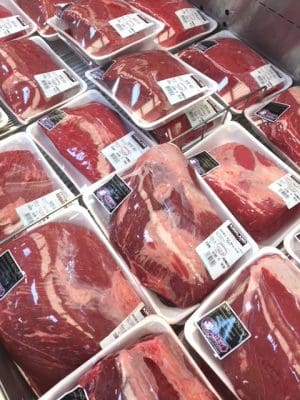 “We like to say we offer quality product in a Bunnings warehouse environment,” he told the Beef 2018 seminar.

“We know how important it is to have consistently high quality, and we are very happy with our partnership with NH Foods.

“The benefits of Angus beef are that it offers consistent quality, and it’s exactly the same, fed for 150 days and with a minimum marbling score of 2.

“People talk about Angus and its quality, and that’s because it is quality beef. As long as I am here (in the role at Costco), Angus will be here.”

Mr Moodley said Costco was happy to embrace brands, and as such had embraced the Angus brand with logos appearing on all the meat sold.

The Costco customers, who range from mums and dads to butchers and restaurant owners, have voted with their wallets, with some of the food service businesses buying pallet-loads of the Angus beef from Costco.

Mr Moodley said he had forewarned their supplier, NH Foods, that the Chinese store was to open next year, so that provisions could be made to source more livestock and place on feed in preparation.

“We have given them enough notice and an idea of what we might sell in China so they can be ready,” he said.

But he would not be drawn on predicted sales for the Chinese store.

As well as China, Australian Angus beef will also be sold in a new Costco store in New Zealand, which is expected to open in 2020.

Mr Moodley said he did not anticipate any negative feedback from Australian beef being sold in New Zealand.

“Quality is what is most important,” he said.

Meanwhile NH Foods is swinging more and more of its production over to Angus or Angus-cross cattle in order to supply the seemingly insatiable demand from Costco and other customers. 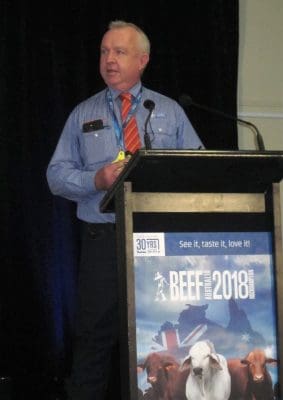 The company’s Whyalla Beef feedlot is currently at full operating capacity of 60,000 cattle, and of those, 70 percent are either pure Angus or second-cross.

The company processes 5000 cattle a week from the feedlot, and every part of the process is audited.

It is this, plus the longer shelf-life of 140 days compared to the best from the US of just 70 days – which had helped Australian Angus product demand swell in international markets.

While Mr Gleeson would not commit to a time frame of when the entire feedlot would hold Angus or Angus-cross cattle, he said it was “the vision of the feedlot to do this.”

What could hold that goal back is the supply of cattle.

Now the company is scouring the countryside from Tasmania to Queensland trying to find black feeder steers to put into their program to supply customers like Costco.

Feeders are taken at anywhere from 300-500kg liveweight, and a team of six buyers looks for suitable stock on-property rather than from the saleyards. The cattle go out of the feedlot averaging 800kg.

But the search for stock is proving hard.

“We are struggling to get enough cattle at the moment,” Mr Fry said. “We may have to drop our weights at some point to get those cattle.”