Understanding the barriers to technology adoption in beef

THE definition of insanity is often said to be doing the same thing over and over and expecting a different result, and for Nuffield Scholar William Harrington, it’s a message worth remembering as Australia’s northern beef industry continues its successful trajectory into the modern era.

Despite a wealth of evidence that implementing modern technologies can increase business productivity and efficiency on cattle stations, the uptake by some producers remains slow. With support from John Deere Australia, Mr Harrington used his 2016 Nuffield Scholarship to find out why. 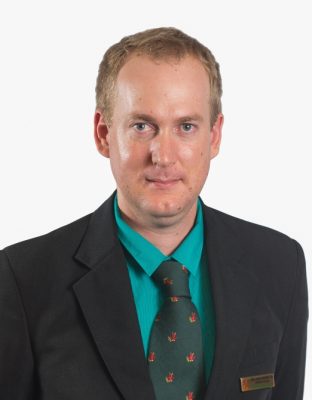 As both a cattle producer and founder of agtech supplier Harrington Systems Electronics based near Richmond in northwest Queensland, Mr Harrington is familiar with the benefits that technologies like remote water monitoring and unmanned livestock weighing and drafting can have for cattle producing businesses.

Keen to better understand the incentives and barriers to the adoption of new technologies in Australia’s northern beef industry, he researched change in agricultural industries around the world. He found that often it isn’t the inputs or outcomes that pose the biggest barrier to modernisation in these industries, but the process of change itself.

“Change is often uncomfortable and difficult, and resistance to change is a part of human nature”

“Change is often uncomfortable and difficult, and resistance to change is a part of human nature,” Mr Harrington said.

“External factors like financial pressures, global markets and drought are placing a burden on producers, and this is going to create unprecedented change in the industry whether we like it or not.

“Australia has one of the more innovative beef industries in the world, and the future of our industry is bright, but we must increase the rate of adoption of technology in order to realise our full potential.”

Mr Harrington’s report outlines that there are many barriers to change in agriculture, including tradition, time and financial investment, unrealistic expectations and scepticism of technologies.

In order to work through the change needed to modernise the beef industry, approaches that support and promote early adopters, emphasise the value of education and training, and prioritise an improvement in the communications infrastructure in northern Australia are a critical starting point.

Travelling throughout United States, Canada, Ireland, Poland, Kenya, South Africa, Japan, New Zealand and Australia as part of his Nuffield research, Mr Harrington also found that the use of regulation can be effective in bringing about change.

“Government mandated change can be unpopular, but sometimes it’s the only way forward,” he said.

“For example, in Vietnam the introduction of the Export Supply Chain Assurance System (ESCAS) in 2011 immediately forced change on the supply chain.

“While initially met with resistance, the Australian industry was forced to implement systems to adapt to the regulation and the result has been the creation of an excellent traceability system for all Australian animals live exported to Vietnam, improving animal welfare outcomes and enhancing the social licence of the live export trade.

“It’s important that industry understands that sometimes a government mandate can be a useful way to promote change, and working with government can be effective.”

By understanding and managing the process of change, the Australian beef industry will increase its adoption of new technologies, reduce costs and cement it as one of the most efficient producers of beef in the world.

“If the Australian beef industry can work smarter, and not harder, to achieve greater efficiencies, then we will be able to maintain our position as leaders in global beef production,” he said.