JBS Australia has greatly strengthened its position in the value-added end of the red meat production chain, with a strategic investment in progressive Sydney-based further processing company, Andrews Meat Industries.

An announcement yesterday afternoon said JBS has purchased a majority shareholding in Andrews Meat, which has specialised in total red meat solutions to the domestic and international food service industry for more than 50 years.

The investment reinforces a broader growth strategy being seen across the global JBS business in the value-added space.

Operating out of production and distribution facilities in Lidcombe and Dulwich Hill in Sydney, Andrews Meat specialises in high-quality

portion-cutting and further processing of meats for domestic and international foodservice and retail customers.

Under the company-owned Creative Food Solutions brand, family-owned Andrews Meat has responded to growing consumer demand for quality ready-cooked meals, which require little or no preparation. Domestic customers include a range of food service operators, plus large retailers including Woolworths.

A second component of the Andrews business is in the supply of portion-controlled cuts into food service, hotel and restaurant applications, both within Australia and overseas. Part of that business has included the development of a successful and well-regarded high-end Wagyu beef program. Major clients include hotel chains, casinos, resorts, pubs, clubs and fine dining establishments.

Click here to view an earlier profile on Andrews’ Tajima Wagyu brand program, and its success in branded beef competitions. 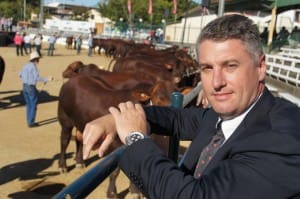 JBS was already a major supplier of mostly grainfed raw material to Andrews Meat for its value-adding work, meaning there was already a relationship in place well in advance of yesterday’s announcement. The two companies have been talking about a business alliance for the past 12 months.

“It expands JBS Australia’s footprint into the high-growth retail and value-adding segments. With Andrews’ customer penetration in the prepared meats, high-value added category, JBS Australia will be in a strong position to expand its extensive range of branded lamb and beef product into higher value market segments,” Mr Eastwood said.

It’s no secret that JBS has focussed heavily on its domestic brand program, and expanding its presence in the domestic market over the past two years, as highlighted in this earlier article.

That has included the launch of the Great Southern program for lamb and beef out of JBS’s Southern Australian plants, historically strong grainfed brand programs out of Beef City and Riverina, and MSA grassfed programs out of northern grassfed plants.

“To us, we see the alignment with Andrews as a good strategic move to establish our first presence in this upper-end value-added and meal solutions category,” Mr Eastwood said.

Andrews Meat chief executive, Peter Andrews Jr, said his family was delighted to have secured JBS as a shareholder in the family business.

“JBS Australia shares our cultural and business values, with both businesses having members of the founding family still actively involved in their management. This is an exciting time for our business and the relationship with JBS will enable Andrews Meat to expand its quality customer offering both domestically and internationally,” he said.

“Our two strategies are closely aligned. Both JBS and Andrews Meat see the partnership as bringing together the complementary strengths of two premier players within the Australian red meat supply chain. JBS has the diverse product supply and processing platforms across Australia to supply and expand the range of red meat product to meet the opportunities we see with our growing base of high-end Australian and international customers,” Mr Andrews said.

Expansion will start in November

Asked whether the JBS’s investment in the Andrews business suggested that expansion was likely for the business, Mr Eastwood said this was already in train.

The new business will invest heavily in new state-of-the-art production kitchen facilities at Andrews’ Lidcombe facility in Sydney, to greatly expand the cooked meats division of the business. That process will start in November, supplying both export and domestic customers.

“The commercial scale kitchen and the cooked segment will grow aggressively,” Mr Eastwood said. “Andrews already has a very large, well-equipped facility in Sydney, and the capacity for that to grow is large,” he said.

He said there was no conflict whatsoever between the investment in Andrews Meat and JBS’s existing value-added division, Food Partners, as the businesses were working in completely different spaces.

“Food Partners mostly supplies food service customers like Pizza Hut and Dominos with toppings, which is a long way from the Andrews Meat business focus. The two will be complementary, rather than in conflict.” 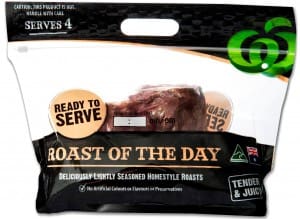 Recent articles on Beef Central (click here) have clearly pointed to a broader strategy by JBS global to extend into the value-added end of the meat business. As described in this earlier article, the company has made some very large recent investments in this space, including the purchase of Seara Foods and Massa Leve food businesses in Brazil, as well as posting an unsuccessful $5.9 billion bid for US processed food giant, Hillshire Brands.

Is the agreement announced yesterday with Andrews Meat a part of that process?

“I wouldn’t describe it as directly a part of that strategy, but certainly it is along the same lines,” Mr Eastwood said.

“JBS worldwide has the raw material in the form of meat protein – beef, pork, lamb and chicken – it’s just a broader strategy to move more into this further processing and value-added space. It’s broadly the same strategy, but every country where the company operates is interpreting it differently.”

“We certainly would not have made this investment if we did not see this as a growth area of the JBS business, both in export and domestic markets.”

“In international markets, our proximity to Asia and the name that Andrews Meat already has in Asia delivers a natural opportunity to expand into export of value-added and ready-cooked products.”

Peter Andrews said the Australian domestic market for value-added and pre-cooked products was still “very immature”, and there was still a lot of growth potential evident in the segment.

New products are constantly hitting the market. A good example hitting Australian supermarket shelves and food service markets in recent weeks has been pre-cooked pulled beef and pork, for use in Mexican style dishes.

“This is why this partnership will be so great – having the quality beef and lamb supply, and the consistency of supply behind us, from JBS, will make our job a lot easier,” Mr Andrews said.

“We can concentrate on what we do best, and that’s turning it into an in-demand value-added product, and marketing and selling it around the world.”