Movement at the station: A round-up recent cattle property sales and listings

This week’s property review focuses on recent sales of note across the country and some listings of interest.

Martins Well Station, 90km north east of Hawker, achieved the highest price paid on a dry sheep equivalent basis in South Australia, when it sold under the hammer for just shy of $6m to a Hong Kong buyer last week.

Two weeks ago, Beef Central reported on the enormous interest in the 1050sqkm pastoral station, owned by the Fargher family, being sold on a walk-in walk-out basis with 6000 sheep and 500 cattle. Agents suggested the offering had attracted more interest than any other large pastoral station in the state in the last 20 years. 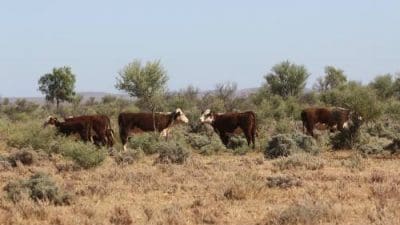 Hereford cattle on Martins Well. Click on images for a larger view

Landmark Harcourts auctioneer Simon McIntyre said there were more than 25 inspections – indicative of the level of interest.

“The property itself was exceptionally well-prepared and there weren’t any other opportunities on the marketplace. Supply is very thin in South Australia. In fact, supply opportunities for properties of scale are thin right across the eastern states.”

Mr McIntre said there was very strong interest at auction, with 16 buyers registering from four states.

The successful buyer was the Hong Kong-based MF Jebsen Group, a family owned SME in the service industry with German-Danish roots. Its main activities are in properties, insurance, shipping, airline representation, travel and tourism. Martins Well is the company’s first agricultural purchase and its first in Australia.

While Martins Well will continue to be run as a pastoral station, it is anticipated the new owners will also introduce eco and outdoor adventure tourism.

When it was listed in March this year, selling agents Duncan McCulloch and James Beer expected Frances Farm to generate strong interest from both locals and corporates looking to acquire agricultural land, given the shortage of stock on the market.

There are no details as to whether the aggregation sold in one line or as separate assets. It was expected to realise more than $12m.

The Western Australia-based Stone Axe Pastoral Co has paid a reported $17.5m for the large-scale Northern Rivers property Glen Alvie – in what could be the biggest transaction in the tightly-held Ebor district in northern NSW. 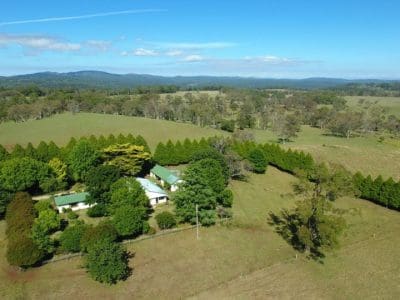 Stone Axe was founded by Cicero Group founders Mathew Walker and James Robinson in 2014, with a vision to create a purpose-built 30,000 head capacity beef abattoir and 20,000-head capacity beef feedlot, with a Fullblood Wagyu breeding herd to supply domestic and international markets.

In addition to Glen Alvie, Mr Starr has sold the 1171ha Guyra property Glenfield for $2.35m to two buyers who plan to subdivide the property. The Glenfield component of the aggregation was purchased by local cattle producers Stuart and Bronwyn Grills and the Rosebank portion to Josh Frazer who owns an adjoining property. Glenfield is carrying a bulk of feed and is suited to running both cattle and sheep.

A closed tender campaign saw the highly regarded 5489ha Faversham Aggregation, located near Merriwa (3.5 hours from Sydney), split into four. As one line, the property had been running 1500 breeding cows on rich chocolate basalt soils. 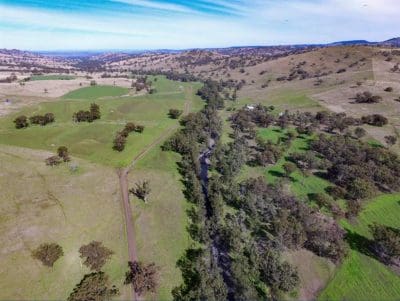 According to selling agents, MacCallum Inglis and Landmark Harcourts Scone, Faversham is a very well-watered property with long frontage to the Merriwa River and numerous smaller creeks, as well as 56 dams and equipped bores.

Michael Burke from MacCallum Inglis said the 915ha Faversham, the 591ha Moona and the 1691ha Montego sold to two existing pastoral interests in the Upper Hunter Valley looking to expand their breeding herds.

The remaining portion, the 2292ha Chatham, with a carrying capacity of 600 cows and calves, is now on the market as a commercially viable stand-alone property for $6m.

Lindsay and Fiona Barlow from Triple B Brangus are expanding with the recent $2.6m purchase of the neighbouring 2023ha property Namoi, near their base at Dingo.  Situated 150km west of Rockhampton and 120km east of Emerald, the sale included 780 head of branded cattle.

The Barlow family established the Triple B Brangus stud in 1990 at the 809ha Emu Park aggregation Corrooman Pocket, and five years later they purchased the 2833ha Araluen at Dingo. The operation currently runs 650 registered females and 650 commercial females.

“There is a short supply of good properties for sale and a good base of buyers in the marketplace who are very particular about what they want to buy. Most are seeking complementary country that will work with their current operations to enhance their productivity and help them move forward.”

Mr Brosnan believes rain would help the cause. “Cyclone Debbie certainly took a lot of pressure off Central Queensland, but properties now need a good body of feed.” 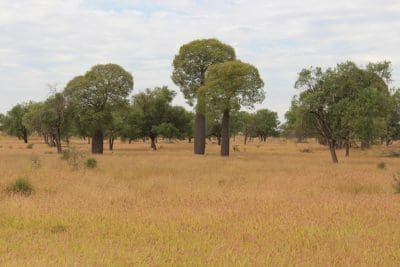 Myrnong, held by Ken and Joy Pearn for 62 years, was sold bare but is highly productive cattle country, with a carrying capacity of 700 grower cattle.

Tony Gillett from TopX Australia said interest had been strong, with 15 inspections, nine bid cards and four bidders active on the day.

“The result was solid. There are very few holdings for sale at the moment and any available beef properties are attracting good interest. Premiums are definitely being paid for better quality properties,” he said.

The O’Sullivan’s own a neighbouring property to the south of Rocky Downs and another adjoining property further south again.

“On the back of good cattle prices, people are hesitant to sell. The northern market has been strong – don’t get me wrong – but it hasn’t reached the peaks of central and southern Queensland.”

After being held by the Lewis family for three generations, the 4133ha Emerald property Wilga Downs was sold at auction for $3.87m bare of plant and cattle to local grazier Greg Ashton and family.

Tim Maguire from Maguires Real Estate said Wilga Downs was a visually attractive property with undulating country, grassed with stands of buffel, as well as 25km frontage to the Fairbairn Dam.

He said the Ashton family, who have land at Springsure, Mount Coolon and Bowen, will use Wilga Downs for weaner production. The property has a carrying capacity of 1000 head or 700 breeders.

Mr Maguire said the price paid was market value and in line with expectations of just under $4m. 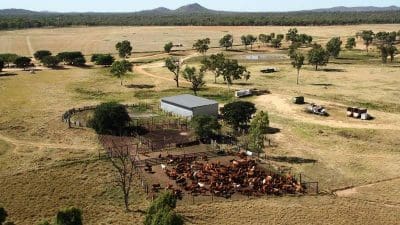 Ballabay, near Pentland, made $3.25m at auction

Both properties, formerly owned by the Bradshaw family but placed into receivership, sold to undisclosed local buyers.

Ballabay is mostly soft grazing country with Cape River frontage with ironbark and box forest running to sandy upland. The property also has a license to take 250 megalitres of water from the Cape River and another 15ha water license. There is 65ha developed for hay farming of which 59ha of the frontage country is developed for irrigation from a 17ha centre pivot serviced by four pumping hydrants. About 47ha is currently being farmed.

The homestead complex features a main house and staff quarters with workshop/machinery shed, hay shed and steel cattle yards. The property has 19 main grazing paddocks plus holding paddocks and laneways.

Laurel Vale is a mix of grazing country types with black or brown heavy soil plains merging with red sandy loam soils of open forest, mainly ironbark. Water is provided by two bores supplying 34 troughs.  There is an established homestead complex, workshop/vehicle shed, quarters and steel cattle yards. There are 16 paddocks plus holding squares and laneways.

The sale of both properties was handled by Elders Lorin Bishop and John Burke.

One of the largest individual landholdings in close proximity to Melbourne has been listed for sale by Expressions of Interest, with expectations of more than $10m. 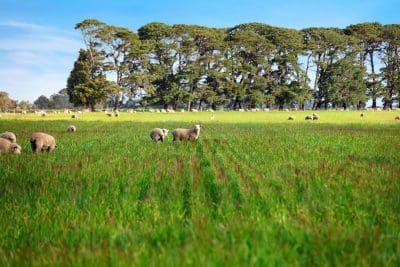 Chintin Grange is a 742ha mixed agricultural property, just 46km from the CBD, with 342ha used for grazing 4000 dry sheep equivalents and the balance for dryland cropping.

CBRE’s James Beer, who is selling the property with fellow agent Duncan McCulloch, is expecting strong interest from high-net worth individuals, farmers and land bankers looking to preserve capital and benefit from potential future land appreciation.