FOR years Rockhampton and Casino have locked horns over the right to be called Australia’s beef capital, but now a third contender is steaking a claim for the title. 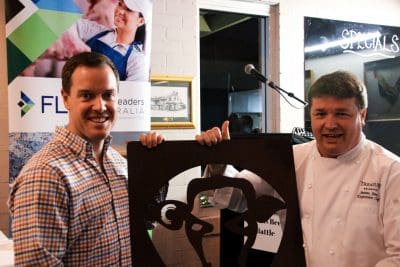 Rockhampton’s claim is supported by the fact the Fitzroy Region surrounding the Central Queensland town contains more cattle than any other of the 56 natural resource management regions in Australia, with 2.6 million head according to 2016 MLA figures.

Casino in northern NSW has hosted the annual Casino Beef Week festivities for more than 35 years. The event runs over 11 days and includes the crowning of the Beef Week Queen and Mr Beef, and events such as breakfast with the butchers, street parades with cattle and cow pat lotto.

The Northern Rivers township also has a large abattoir operated by the Northern Cooperative Meat Company, is the centre of a historic cattle producing region and has claimed the title of Australia’s beef capital for about as long as anyone can remember.

For the most part the rivalry between the two has been characterised by friendly banter, but has manifested into the occasional violent altercation as Australia’s oldest and favourite newspaper (one title that is not in dispute), the Betoota Advocate recently reported.

However Mr McConnel suggested at last night’s beef battle event that while others may claim to be Australia’s ‘cattle capital’, statistics show Toowoomba has a compelling case to be known as as the country’s most dominant region for beef.

He noted that 40 percent of all feedlots nationally exist within two hours of the Darling Downs city (170 registered feedlots from a national total of approximately 400).

Yet, these accounted for 60 percent of total cattle on feed in Australia – 914,111 standard cattle units against a national total of approximately 1.5 million.

Further, the region accounts for around 40 percent of Australia’s national beef processing capacity.

Around 8,000,000 cattle are processed annually in Australia, with more than three within million of that processed within 100km radius of Toowoomba – around 9100 head daily kill capacity exists collectively at John Dee at Warwick, NH Foods Oakey, JBS’ Beef City and Dinmore plants, Kilcoy, Stanbroke and Greenmountain. Toowoomba’s status as an emerging road, rail and air transport hub is also strengthening its claims as a major beef region.

The city is now home to Australia’s newest export port for beef (and many other products) via the Wellcamp international airport, from which a growing weekly tonnage of chilled Darling Downs produced and processed beef is now flown via a Cathay Pacific cargo jet directly into Hong Kong.

With opportunities for air-freighted beef likely to grow into the Middle East and China in particular, and more than a third of Australia’s beef processed within two hours drive of that airport, the sky appears to be the limit for Toowoomba’s growth as a major beef region.

The opening the second range crossing north of Toowoomba next year, which will significantly cut travel times between the Darling Downs and Brisbane, and the completion of the inland rail from Melbourne to Brisbane due by 2025, will compete the trifecta underpinning the region’s new position as a key inland port.