The multi-billion dollar question is, are they ready?

This question was explored in a major review three years ago when the National Biosecurity Committee comprising Federal and State department biosecurity officials asked SAFEMEAT to review the effectiveness of Australia’s national livestock traceability system. 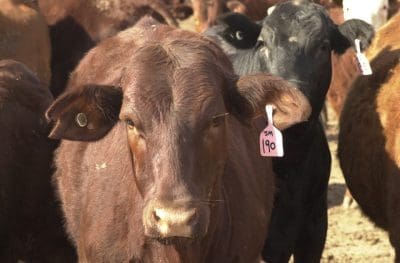 SAFEMEAT’s review culminated in five recommendations for reform which were presented to the NBC on 11 March 2020.

In short the recommendations identified the need for all FMD susceptible livestock species, including sheep and goats, to have mandatory digital/electronic identification, and for investment in a database capable of handling all FMD susceptible species.

They also called for the creation of a new statutory entity responsible for managing Australian livestock traceability.

The reforms aimed at increasing traceability response times and ensuring State and Federal departments have a higher level of accountability to ensure biosecurity standards are met.

The five recommendations were also presented as “interdependent”, meaning that, for the reforms to work, all five had to be implemented together. Like a stool, neglect one leg, and the whole thing falls over.

Has any progress been made?

More than two years after the National Biosecurity Committee received that report, how much progress has been made on implementing the SAFEMEAT recommendations?

It is a question that has suddenly become far more pressing in recent weeks, with the confirmation of new outbreaks in Indonesia of lumpy skin disease in March and foot and mouth disease last week, which were both first reported by Beef Central here and here.

Confirmation of the presence of either disease in Australia would be catastrophic from an animal welfare and trade perspective, triggering the likely immediate shut down of access to major export markets upon which Australia’s livestock sector and agricultural economy heavily relies.

In response to questions from Beef Central about how much progress it has made toward implementing the recommendations from the review it commissioned SAFEMEAT to carry out, a National Biosecurity Committee response indicated that the original recommendations are still being considered, with a working group since established to explore key matters and options with peak industry bodies.

“As part of this work and under the NBC’s direction, a National Livestock Traceability Enhancement Working Group has been exploring the key matters raised in SAFEMEAT’s recommendations. The group’s focus, working closely with peak industry bodies, has been to examine options for enhancing traceability system governance, and the expansion of individual electronic identification. NBC is currently considering the working group’s recommendations on these matters, which will ultimately inform recommendations to agriculture ministers.”

The last SheepCatcher II exercise designed to test Australia’s sheep traceability systems in the event of a major biosecurity incursion was held in 2016, and as the seperate article today reports, it showed that traceability standards with the paper-based system that still operates in all states and territories other than Victoria fell well below required traceability benchmarks.

The SAFEMEAT review in 2020 recommended mandatory electronic identification be introduced for FMD-susceptible species across Australia nationally to address an identified weakness in Australia’s traceability systems.

Is the confirmation of FMD in Indonesia now likely to serve as the catalyst that will expedite a national shift towards mandatory electronic identification of sheep across all states? 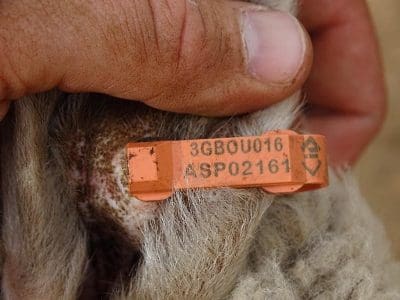 In a statement to Beef Central and Sheep Central this week Sheep Producers Australia said it agreed that whole-of-system reform, of which individual electronic identification is a vital component, provided a viable opportunity for the sheep industry to strengthen traceability.

“Sheep Producers Australia (SPA) recognises that Australia’s multi-billion dollar red-meat and livestock industries do have biosecurity threats from diseases such as Foot & Mouth Disease (FMD). Ongoing detections at Australia’s borders and the recent outbreak in Indonesia demonstrate that these threats cannot be ignored,” a statement from SPA CEO Bonnie Skinner said.

“SPA takes these threats extremely seriously and has been deliberately and proactively working on the continual improvement of Australia’s livestock traceability capability. Since 2018 SPA has been working with SAFEMEAT and its members on the development of reform recommendations to the National Livestock Identification System (NLIS). As a part of that work, SPA has agreed that broad whole-of-system reform, of which individual electronic identification is a vital component, provides a viable opportunity for the sheep industry to strengthen traceability for biosecurity, food safety and emergency response, and for supporting trade and market access requirements.

“The value of Australia’s sheepmeat industry is inextricably linked to Australia’s capacity to export, therefore we are reliant on our traceability systems and the market access that they afford. National traceability reform will ensure that livestock traceability can evolve and meet future biosecurity and market access requirements as well as unlock productivity gains throughout the supply chain, securing a strong future for sheep producers both domestically and within our global markets.

“Enhancements to improve the speed and accuracy of traceability could reduce the economic impact of a biosecurity outbreak by 78-89 percent over ten years, saving $15-$17 billion. ”

The five recommendations made by SAFEMEAT to the National Biosecurity Committee were:

·      the establishment of a regulatory or statutory entity responsible for managing Australian livestock traceability,

·      investment into a database capable of handling all FMD susceptible livestock species,

·      creating an equitable funding arrangement for both the establishment and ongoing maintenance of the system and,

·      that a consultation Regulatory Impact Statement be conducted to fully assess the impact of these recommendations to provide a fully costed decision paper to AGMIN.