THE Cattle Council of Australia’s planned move to a directly elected board is still a work in progress but will not get across the line at this week’s annual general meeting in Tamworth.

While the organisation says it remains committed to a model which will allow producers to directly elect the Board, the planned move has for now been overtaken by the broader red meat industry reform processes currently underway – including the Red Meat Advisory Council’s red meat memorandum of understanding review and the review of Research and Development Corporations being led by Agriculture Minister Bridget McKenzie. 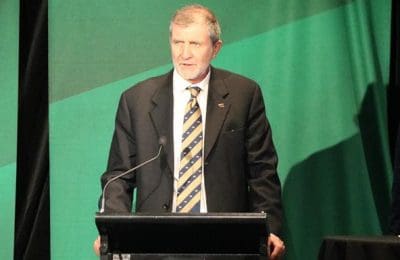 Cattle Council president Tony Hegarty told Beef Central in August that the direct-elect model needed to be considered in the context of other broader changes in industry representation.

“We remain committed to our own restructure and have committed a great deal of time to it, but we need to look at the direct-elect model and other changes in the context of what the broader red meat industry advocacy structure will look like,” he said.

“Changes to the MoU and any restructure of the broader industry framework will impact Cattle Council and impact what is required of our own representative structure and governance.”

CCA has previously indicated it does not support the amalgamated Red Meat Australia model as proposed in the July 4 White Paper.

Mr Hegarty last month voiced concerns the White Paper structure could result in the direct election model being superseded at the expense of more accountable and democratic producer representation.

Following widespread consultation with industry, the council committed at its 2017 AGM in Alice Springs to develop a draft direct election model for its board, which would see every director directly elected by its members.

At present most CCA board members are appointed by State Farm Organisations, with two independent board positions directly elected by members, one for northern Australia and one for Southern Australia.

At its AGM in Canberra last year the council considered a draft direct elect model, and had planned to hold a special general meeting in August of this year to vote on the concept, which would have potentially allowed candidates to stand for direct elected board positions at this year’s AGM in Tamworth on Wednesday.

Despite that progress, momentum has stalled as the larger Red Meat MOU and RDC reviews play out.

There has also been speculation of other reasons for the delay, with reports (not confirmed) that some State Farm Organisations may be having second thoughts about CCA moving to a fully directly elected board, out of concern their voices may be watered down under the new structure.

Another hurdle standing in the way of a direct elected model taking flight is the ongoing delay in the development of a formal register of cattle transaction levy payers, to underpin future direct election processes.

The Department of Agriculture has been working on developing levy payer registers for a range of agricultural industries since 2017.

It has been exploring legal and privacy issues, and told Beef Central earlier this year it expected databases for the grassfed cattle sector could be in place by 2020.

Board Directors up for re-election

At its 2019 AGM in Tamworth on Wednesday four two-year term Board Director positions are up for re-election.

Nominations have also been sought for Cattle Council’s consultative committees:

Members who are unable to attend the AGM are encouraged to use the online voting facility to confirm the election of board directors. The deadline for voting is 8am (AEDT), Wednesday 20 November, 2019, via www.cattlecouncil.com.au/poll

The Cattle Council AGM commences at 8am on Wednesday at the Powerhouse Hotel in Tamworth.