Episode 28: Recollections of a pastoral powerhouse, with Roger Halliwell 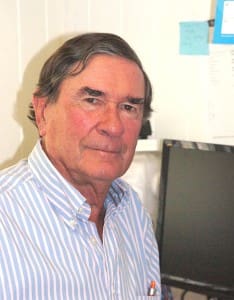 Roger spent most of his working life with Stanbroke Pastoral Co. Prior to its sale by AMP in 2006, Stanbroke ran the largest cattle herd in the world, topping 650,000 head at one point. The company was a pioneer of many developments now commonplace in the industry, including composite breeding, extension into lotfeeding and retail brand development.

Given he was responsible over 25 years for Stanbroke’s entire annual cattle turnoff into slaughter and live export markets, Roger has probably sold more cattle than any individual in history, Beef Central has suggested.