The Industry Collaborative Animal Welfare Program is quite a mouthful so it is usually described by its acronym ICWP.

It refers to a Livestock Export Program (LEP) initiative established in 2011 which provided livestock exporters with partial funding (primarily through MLA) for the placement of animal welfare or supply chain officers within markets.

The job calls for exporters to employ in-country staff who can monitor and support the performance of their customers to ensure compliance with ESCAS (Export Supply Chain Assurance System).

Obviously while this person is interacting with the customer they are also available to deliver the usual range of customer support services on behalf of the exporter. This program has to be one of the most successful and cost effective projects supported by the LEP.

The ideal candidate for this role is someone with a thorough understanding of Australian cattle industry and the live export trade as well as in intimate knowledge of the operational environment and culture of the importing country.

Greg Smith’s CV could have been written with this job in mind. 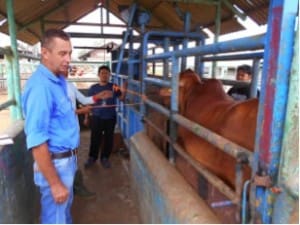 After beginning as a jackeroo on Brunette Downs in 1979 he worked his way up to head stockman on a number of stations in the Northern Territory and Kimberley.

At the end of the 1989 season in the Waterloo bull catching camp with John Quintana, he decided to do some backpacking around Indonesia.

During the next two years Greg was totally immersed in Indonesia and its culture, working for local wages in a range of jobs from teaching English to selling household chemicals.

As a result, his Indonesian language skills and deep cultural knowledge are exceptional. He landed his first local cattle job with Tipperary-Indonesia in Sumatera when they opened the Indonesian feeder cattle trade in 1991.

From 1992 to 2003 Greg worked for a number of major Indonesian feedlotters  and even branched out into exporting bulldozers after the Asian financial collapse temporarily shut down the live export trade from 1997 – 1999.

Following the closure of the live trade in mid 2011, Austrex employed Greg as one of the first ICWP positions based in Jakarta.

With the heart of a true cattleman and the comprehensive understanding of the beef industry and culture of Indonesia, nobody is better qualified to monitor and support customers than Greg.

No one else has such an intimate knowledge of the back roads and back doors of the Indonesian cattle industry. He is just as comfortable speaking with the CEO as he is to the feedlot staff cleaning the pens or the street vendors feeding the truck drivers. 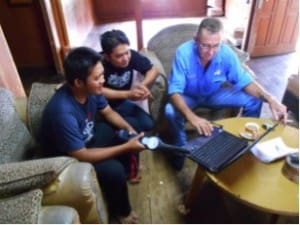