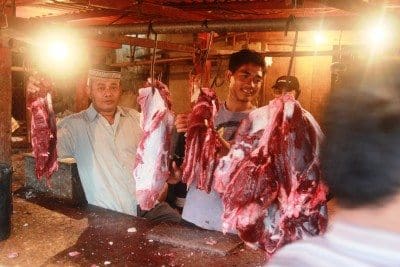 BRAZIL appears to be on the cusp of gaining access to Indonesian’s imported boxed beef and offal market, as the Indonesian Government moves to further expand beef supply in the lead up to this year’s Ramadan festival.

Representatives of Indonesia’s Ministry of Agriculture are being sent to Brazil to audit beef plants with a view to allowing supply to commence in time for this year’s Ramadan in May/June.

In Indonesia the Ramadan muslim festival involves a month of daily fasting followed by a period of feasting, sharing and gift-giving called Lebaran, when it is traditional to eat Rendang, and the time of year when annual beef demand spikes in the country.

Despite having opened its market to large volumes of frozen, low priced imported buffalo meat from India over the past year, which has impacted upon demand for Australian imported cattle, the extra supply has not reduced retail beef prices for consumers in Indonesia as intended. As previously reported, it appears the margins between the low price of imported Indian beef and the high price consumers are still paying are being captured by traders and manufacturers in the middle.

The Indonesian Government is now looking to introduce another source of imported beef supply as a strategy to bring prices down.

“That way we open two possibilities to not depend on one party alone,” Indonesia’s Coordinating Minister for the Economy, Darmin Nasution said, according to Indonesia’s Kompas newspaper, referring to Australia as the first party.

The Minister said the volume of imports to be sourced from Brazil has not yet been decided.

If Brazil does gain access, the imports would be sourced from areas within Brazil that are zoned Foot and Mouth Disease Free.

The same law change effectively allowed the imports of frozen buffalo meat from India, which are coordinated through the State Owned Enterprise BULOG as directed by the Indonesian Government.

If Brazil is granted access, MLA believes the type of Brazilian beef most likely to be imported will be frozen bone-out manufacturing beef, for supply into the wet market, low-to mid-end foodservice and retail in Indonesia.

Despite the emergence of more competition in the past two years, Indonesia remains a solid and important market for both Australian boxed beef and live cattle.

As close geographic neighbours, Australia and Indonesia have had a long-standing trade relationship.

MLA’s activities in the market on behalf of the Australian beef industry include working with trade partners, retailers and foodservice, and through them customers, to promote the positive attributes of Australian beef under the True Aussie brand, introduced in 2014. 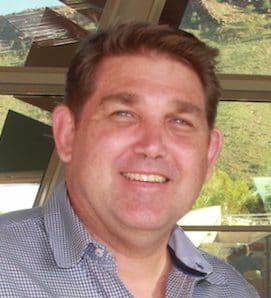 “There is a premium associated with Australian beef. The investment we have made in Indonesia for the past three decades gives us a strong platform to compete with existing and emerging competitors.

“We will continue to compete on our merits and attributes – and this is where Australia is very well-positioned, with our integrity systems, halal, food safety and welfare credentials, we have solid positioning in Indonesia.”

Mr Simpson said Indonesia’s middle-up consumers were also becoming more informed and are were asking questions about country of origin and quality credentials. “This is the message that we will keep providing to our customers.”