CATTLE property investment manager Packhorse has launched the Packhorse Pastoral Co, an agri-business seeking to raise $300 million in its initial move to combine cattle production with carbon sequestration on a massive scale. 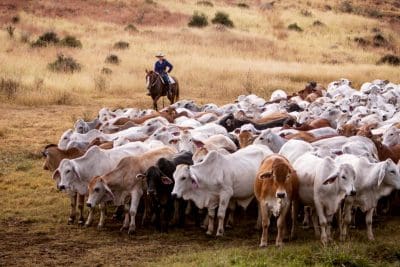 The Australian company has a five-year strategy to acquire $1.5 billion worth of cattle property stretching across a region from west of Coffs Harbour in NSW north to Bundaberg in Queensland.

In an upside for investors, the company is also launching programs to sequester carbon in the rejuvenated soil and generate lucrative carbon credits – a market predicted to be worth $8.25 billion by 2027, exhibiting a CAGR annual growth return of 19.2pc*.

The initial offer of shares in Packhorse Pastoral Co (Australia) Pty Ltd, restricted to “sophisticated investors”, was the first step in raising the projected $1.5 billion over the next five years, the company said in a statement.

Putting nature and biodiversity at the forefront

A cornerstone investment commitment from a family office and early interest from institutional investors had reinforced the appeal of Packhorse’s point of difference – putting nature and biodiversity at the forefront of the operations, while generating consistent and sustainable returns for investors.

Backed by the performance of Packhorse’s existing private investments under management, the Packhorse Pastoral Co is targeting an IRR of 8-10pcpa** comprising a growing running yield and capital appreciation.

Packhorse would acquire properties according to strict criteria, allowing us to meet our environmental and financial obligations through our principles of regenerative agriculture, Mr Samway said.

“We are excited to present the investment community with the most compelling impact investment opportunity to profitably support mother nature and help restore our soils, while delivering an investment return uncorrelated to the returns from other asset classes. We fervently believe these two goals can be achieved in parallel,” he said in a statement.

“Increasingly we’re seeing a demand from institutions and wholesale investors for responsible investment products. Packhorse’s deep sector knowledge in agri-business operations and asset management along with its vast experience managing some of Australia’s largest pastoral supply chains coupled with its fund-raising ability, makes us well-positioned to build scale and become a significant voice in the preservation of the Australian rural landscape,” he said.

“The exciting upside for our investors is our commitment to engage in large scale programs to sequester carbon in the soils and generate carbon credits and sell them to those seeking to offset their carbon emissions.” 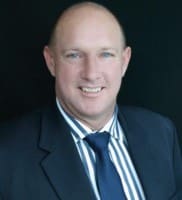 “Globally, there’s a recognition that our ecosystems are in trouble and that current farming practices are detrimental to soil health,” Mr Murrell said. “In fact, about 25pc of total global land area has been degraded, and we feel a custodial obligation to restore our soils.

“Regenerative agricultural methods focus on achieving biodiversity above and below ground, coupled with animal impact to replenish and protect soils.”

Packhorse was quickly expanding its footprint across Australia, restoring what he described as “degraded land” and adopting regenerative agricultural methods to replenish and protect soils and re-create an ecosystem that will benefit generations to come.

Packhorse’s current land under management is located in the Roma district of Queensland and the initial capital raising of $300 million would secure a pipeline of agricultural assets located between Coffs Harbour and Bundaberg.