WITH average yearly temperatures on the rise, vets attending this week’s Australian Veterinary Association annual conference were warned today that parasite-borne infection and diseases in livestock are likely to spread and become more costly. 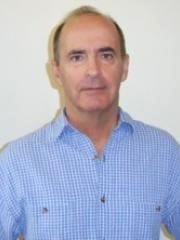 Dr Peter James from the Queensland Alliance for Agriculture and Food Innovation highlighted to the conference the link between climate change and the spread of tropical and subtropical parasites into southern livestock areas.

“Pests and disease have a huge impact on our livestock industries every year. Cattle tick, for example, was most recently estimated to cost the northern Australian beef industry $161 million and buffalo flies a further $99 million over a 12-month period,” Dr James said.

“Areas with high temperatures and humidity offer the perfect climatic conditions for parasites to survive and spread. Based on current forecasts around climate change and rising temperatures, Australia will experience significantly increased impacts from buffalo fly and greater tick challenge in south east Queensland and northern NSW,” he said.

“We now have strong evidence to suggest that rising temperatures will increase pest and disease related problems and add further pressure to our livestock industries,” Dr James said.

However Dr James said climate change was likely to cause a shift in this, for the worse.

“It is likely that climate change will facilitate the spread of a number of tropical parasite infections and diseases into southern beef and dairy areas,” he said.

“We need to start considering the likely effects of climate change and work on developing mitigation strategies in terms of parasite prevention and control in light of economic and welfare impacts on animals, farmers and our livestock industries,” he told the conference.