FMD: Breed and weight are critical to cattle survival in Indonesia

FMD :  breed and weight are critical to cattle survival in Indonesia.

The textbooks state that Foot and Mouth disease (FMD) while highly infectious, has a low mortality rate in adult cattle (5% ish) with up to 20% in very young stock due to heart complications.

While this statement is technically true, in the Indonesian experience at least, it is very misleading.

The photos below show a typical Indonesian case in which heavy cattle over the 400/450kg range suffer from a very high proportion of claw separation.

The blisters between the toes lead to separation of the hard claw which in many cases falls off. The result is extreme pain with an inability to stand and walk.

The bull below will not be able to stand comfortably for many months.

The disease will not kill this animal but if it lays on its side for the next 3 or 4 months its body weight will collapse, it will suffer from multiple pressure sores and it will have a high chance of developing secondary conditions such a pneumonia.

The only sensible approach from both a welfare and commercial perspecitive is emergency slaughter.

This might not be a technical “mortality” from the disease, but the outcome will be death never the less. After the blister between the toes bursts, the tissue along the coronary band appears to separate very easily allowing the hard claw to detach completely. The likelihood of separation increases dramatically in heavy weight animals. Once these claws have separated the resulting pain prevents this animal from standing. Note the rubber conveyor belting on this concrete pad to reduce the impact of the hard surface.

The Indonesian domestic beef herd consists of Bos indicus cows which tend to have a low body weight but extremely high fertility. Farmers utilize the very effective government artificial insemination service to cross their cows with mainly European breeds including Limousin, Simmental and Charolais. The result is progeny with lots of hybrid vigour and outstanding performance. Virtually all males are fattened in small feedlots and slaughtered for the local wet market hot meat trade.

The massive rainfall in the majority of Indonesia means that when animals are housed and managed intensively their pens must have a concrete floor.

It appears that the combination of a large body weight pushing down on a separating claw on a hard concrete surface results in a very high proportion of detached claws. 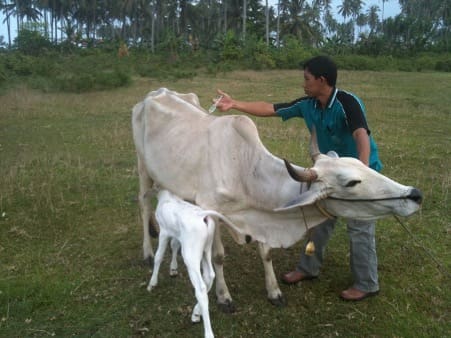 This is a typical local Ongole cow. She will probably be inbred but when she is crossed with Euro semen the results are outstanding. She will normally be managed mainly on grass while the night-time pen will usually have a full roof and a dirt floor. The body weight of the majority of Ongole cows would rarely exceed 400kg. (she is receiving pour on parasite treatment). Even with some rubber matting this Simmental cross bull, probably well over 500kg, will be unable to stand. The disease will not kill it, but its owner must. There is no other option.

The second interesting observation that I have been unable to find in the textbooks is that Bos indicus cattle appear to be more resistant to the FMD virus than Bos taurus.

This has resulted initially in conflicting reports from the field that the disease was mild and recovery uneventful.

Once more information was available it became clear that lighter weight Bos indicus cattle had a superior recovery rate to heavy Bos taurus.

This was particularly true in the dairy industry which was extremely hard hit in the first wave of infection in East Java, one of Indonesia’s principal diary regions. As most mature dairy cattle are both Bos taurus and almost always in excess of 450 kg the results have been catastrophic. Once again, the disease does not kill these cows but once it has ended their lactations and made them unable to stand and eat without extreme pain then emergency slaughter is the only option, i.e. 100% mortality in infected cows. 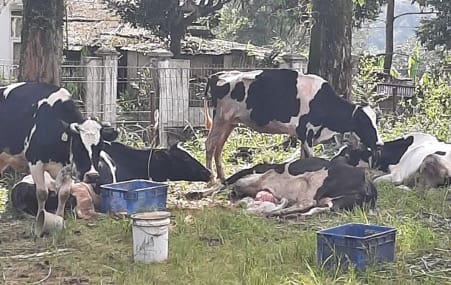 Dairy cows are always managed on concrete floors to keep them out of the mud but these infected cows will have been moved to grass to reduce their suffering. Their fate however will be the same.

These two observations provide a small ray of hope for the feedlot industry which imports Australian feeder cattle.

The average weight of imports is around 320 kg with the majority of cattle being high grade Bos indicus types. The result is a young and athletic feeder that is likely to be able to survive infection especially if they are provided with some form of soft bedding like deep sawdust or moved to grass/dirt pens when the weather is suitable. They will still lose weight and potentially become a loss to the feedlot’s bottom line but are unlikely to need to be emergency slaughtered and therefore not result a commercial disaster.

Once FMD vaccines are widely available to allow all feeders to be protected immediately on arrival at the feedlot then the trade can continue with confidence as the current vaccines are extremely effective at preventing clinical disease. 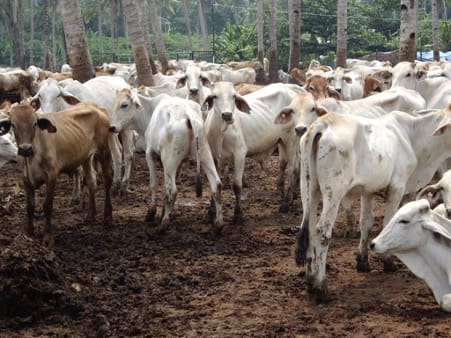 These young feeders will almost certainly survive an infection with FMD. 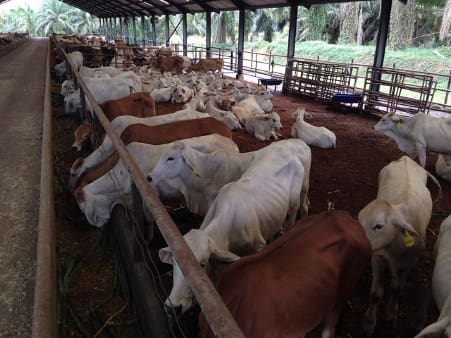 Most feeders in Indonesia are held in sheds on concrete and often have deep bedding as above. Recovery rates under these conditions are likely to be very high. 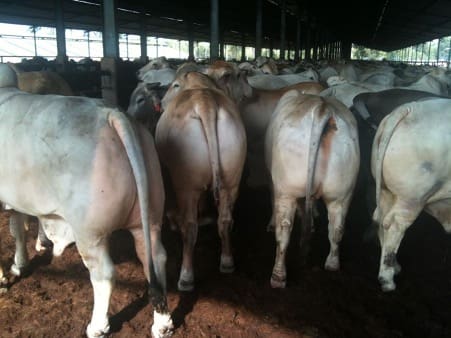 These heavy Bos indicus ox will not be so lucky. At around 600kg, once they are infected with FMD their chances of survival are close to zero. 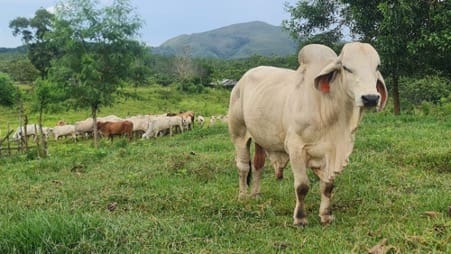 Despite being on grass this bull which could be over 700kg will probably lose his claws and require emergency slaughter while the lighter cows in the background have a much better chance of survival. 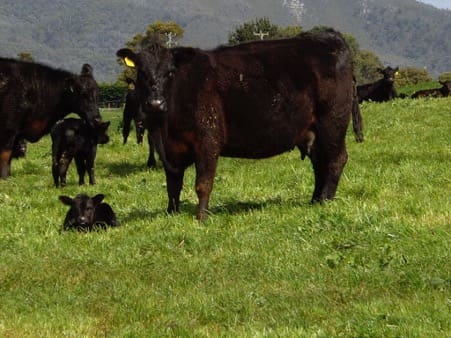 Using this information to consider the possible outcomes in the Australian situation it seems likely that the very heavy mother above may lose one or more of its claws while the calf would lose its milk supply and be at risk of heart disease. This scenario is likely to result in a mortality outcome far worse than any textbook has so far described. The outlook for the Australian dairy industry will probably be equally grim.