DESPITE decades of meat science research, a collection of baffling mysteries still remain over the performance of meat colour in beef carcases, which can ultimately impact on a cattle producer’s bottom line.

But rather than give up on gaining deeper understanding about the trait, processor Teys Australia is urging a renewed R&D attack on better understanding animal physiology and post-slaughter impacts that appear to have a bearing on meat colour performance. Even in the best-handled cattle like those going through MSA pathways, meat colour continues to be a major contributor to downgrades and non-compliance.

MSA statistics for the 2013-14 grading year show meat colour as the single largest contributor to carcase MSA non-compliance, ranging from 5pc to 7pc of all exclusions during the year. Next was pH (4.5pc to 6pc – often, but not always appearing in parallel with meat colour) and rib fat (less than 2pc).

Perceived inconsistencies in meat colour assessment is one of the issues that’s been raised since the launch earlier this year of the beef industry language review, now reaching its final stages, and the recent senate inquiry into red meat processing.

Teys Australia repeated its call for a greater industry research effort into unravelling remaining mysteries about meat colour performance at a recent Biloela producer field day. The company made similar calls a week earlier at its Teys Condamine feedlot field day, and also during the Senate inquiry hearings into red meat processing in Canberra in early September.

Central Queensland beef producer John Gomersall asked a question during the Biloela field day about meat colour, and the impact that grading the same carcase the day after slaughter, versus three days after, could have on colour results.

“I’ve been told meat blooms a lot more after three days, and a lot of those cattle that might not grade to specifications in the chillers on day-one after slaughter might do so after day-three,” he said. “If so, that’s costing us money.”

Meat & Livestock Australia’s Dr Alex Ball told the meeting that the relationship between pH and meat colour had been looked at in beef carcases by meat scientists for ‘probably 50 years’.

“Basically, as energy goes out of the meat and pH changes, it alters the structure of the meat – and that produces the change in colour.”

“What was thought, in many cases, was that the ultimate pH (and ultimate meat colour) was reached after 24 hours in the chiller. That’s probably still right for a lot of grainfed cattle, but for some grassfed cattle, we’re starting to see that relationship change a little bit,” Dr Ball said.

He said MLA was currently working on a project with Teys Australia and one of its supply chain partners, in terms of what happens with grassfed cattle that have the right pH, but which may take a longer time to reach their final meat colour.

“One of the aspects we are working on is that there are now technologies available that have the capacity to measure meat colour, independent of the time it takes to ‘bloom’,” Dr Ball said.

“That’s a key piece of technology that would help solve this problem. But the gentleman who posed the question is absolutely right: there are examples where animals have not reached ultimate pH/meat colour after 24 hours, which have in fact graded when the grader came back after 48 hours. It’s something we absolutely must try to get objective measurement tools for,” he said.

“Manual graders in meat plants do a fantastic job of grading what is in front of them, and are very, very accurate in what they do. But in time, we now know that the biologies change – particularly as there is more and more grassfed beef entering premium pathways like MSA, where meat colours 1b-3 are in the acceptable range.”

One obvious solution would be to simply hold all carcases in the chillers for two or three days before grading, but that would involve trebling the chiller capacity at a meat plant, at colossal and prohibitive cost to the operator.

So concerned was Teys Australia over the current level of knowledge and understanding across the industry about meat colour/pH, that it recently sponsored a visit to Australia by a leading US authority in this area of meat science for a focus group summit. 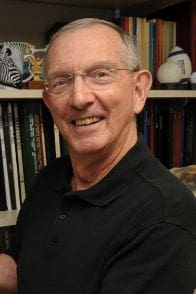 The company had ‘filled its entire head-office boardroom’ with industry stakeholders with a special interest in the meat colour challenge, to listen to meat scientist, Dr Melvin ‘Hunter’ Hunt, from Kansas State U.

The bottom line from those discussions was that the relationship between pH and meat colour was not as clear-cut as some might have previously understood, but it was clearly related in part to variations in animal physiology. Just as in humans, two different cattle may respond differently to different inputs.

Dr Hunter apparently thought that those physiological differences, whatever they might be, may cause lag in the expression of ultimate pH and meat colour in some carcases, especially grassfed. Tools like DNA markers for cattle with a pre-disposition for dark-cutting or stress might be a possible area for research in future.

Since that gathering, Teys has undertaken an extensive trial with one of its certified grassfed customers – a major supermarket group – livestock general manager Geoff Teys told the Biloela meeting.

A line of MSA grassfed cattle was killed for the trial at Lakes Creek, near Rockhampton.

Bodies were picked-out that had acceptable pH, but unacceptably high meat colour (4s and 5s, against the retailer’s maximum of AusMeat BMS 3).

“We’re looking for any evidence that that product might lighten-up in meat colour, achieving an acceptable range, over time.”

In a separate analysis, 20,000 consumers at Charles Sturt University, Wagga have visually assessed samples of various meat colours in product in a typical chilled retail cabinet setting. Some of the results surrounding ‘acceptability’ of different meat colours are said to be surprising. A  separate MSA taste test trial is also being conducted, to ensure the initially-darker meat still meets other consumer expectations apart from colour.

“We’re working hard on the issue of meat colour, but I have to stress, the broader industry should never, ever stop spending money on gaining a better understanding the physiology of an animal. We solve one problem, and sometimes it creates another two or three in the same space,” Mr Teys said.

“Down the track, better understanding that physiology of animals and how it affects traits like meat colour and pH, is very, very important,” he said.

Depending on outcomes from the retail supermarket trial (Beef Central will report back to readers with a set of findings once the project is complete) it might mean that some grassfed MSA cattle that meet specifications for pH, but which have AusMeat meat colours of 4-5 may be able to graded under some circumstances, in the expectation that meat colour will ‘bloom’ and improve to acceptable tolerances before hitting the chilled cabinets in-store.

Packaging technologies have an influence “MAP packaging, using inert gasses can really brighten up the meat colour – great for consumer acceptance and those type of things.

“But not only did we run a trial last year showing that MAP packaging has a deleterious (negative) impact on eating quality, but in fact the product tenderness can go from acceptable to less than tender product, because of cross-linkages forming under MAP – in some cases going up by eight (MSA) points,” he said.

“But that’s exactly why we are doing this integrated project with Teys’ supermarket customer – it’s not just about looking at the impact on meat colour via the physiology of the animal, but also some of the post slaughter aspects like packaging.”

Dr Ball said domestic consumers today probably accepted meat “at a different type of colour” than what they did five or ten years ago. “That’s because there’s a lot more vacuum-packaging and that type of thing going into marketplaces.”

“The world is changing. The modern consumer is a completely different person than years ago: young people have different knowledge and expectations about the food they eat, and are going to be far more inquiring about what we do in the meat industry than consumers ever have been before.”

Geoff Teys said there was already a good bank of knowledge about impacts on meat colour, to avoid a lot of the ‘everyday’ potential problems that might occur.

“In the event of a dark cutting episode, most of it we can already work out: it’s often problems related to cartage, or they’ve put strangers in the mob prior to despatch, for example.”

‘But there are definitely odd lots that we just can’t work out what has gone wrong. To us, it’s obviously in the animal physiology somewhere.”

“Nor can we explain why some of these bodies can have acceptable pH, but dark meat colour.”

Asked by Beef Central whether the frequency of such events was high enough to justify significant further industry R&D expenditure, he repeated a statistic quoted by MLA managing director Richard Norton earlier in the day, who said the value of total carcase downgrades each year to the Australian beef industry was about $100 million.

“There are dozens of reasons for that, from bruising to pH, but meat colour is one of the key contributors to it,” Mr Teys said.

“I think we have to keep exploring the issue, to try to get to the bottom of what these physiological causes are.”

He conceded that with the broad and growing spread on meatworks premiums/discounts that now existed, subjects like meat colour were now of much greater sensitivity in producers’ minds.

“Earlier, it was all averaged, but now it’s front-of-mind. Years ago, processors did not even pay on meat colour, but all markets have become a lot more sophisticated,” he said.