VICTORIAN abattoir Cedar Meats was not initially considered an exposure site for COVID-19 until late last month, despite its first worker being diagnosed with coronavirus on 2 April.

The state’s Department of Health and Human Services today confirmed that the first case in the Cedar Meats COVID-19 cluster was diagnosed on 2 April. 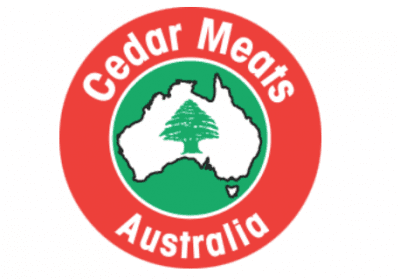 But the department said the worker had not been at the workplace for four weeks prior to this, so the workplace was not considered an exposure site.

The Brooklyn sheep, goat and veal processing plant has been closed for 14 days, all identified cases are in self-isolation and will be required to do so for 14 days. However, the plant is expecting to re-open on 18 May.

And Premier Dan Andrew’s office said today if the facility’s livestock buyers have had no contact with the meat processing facility or staff in the previous 14 days, have no symptoms and are feeling well, they are free to conduct their usual activities. But as in all workplaces, physical distancing and hygiene requirements would need to be met.

Cedar Meats general manager Tony Kairouz has said the business first became aware that one of its employees had contracted COVID-19, following an admission to Sunshine hospital for an unrelated matter on Monday 27 April, 2020.

The State Government today said a further four COVID-19 cases relating to the meatworks were confirmed overnight – among 17 new cases in Victoria — bringing the Cedar Meats total to 49, and 1440 statewide.

The department said the second case linked to the workplace was diagnosed on 24 April, followed quickly by a third case just over 24 hours later, who attended Sunshine Hospital prior to diagnosis or displaying symptoms.

These cases were the first indication of a possible cluster and the source of infection is still under investigation. As soon as the second case relating to the worksite was identified on 24 April, the department began contact tracing, in conjunction with the business, the department said.

The DHHS said a thorough risk assessment was undertaken and work was rapidly scaled back at the facility, with only minimal staff on site to ensure the safe and appropriate management of the remaining animals.

When more cases were identified on 29 April, the department said it advised the workplace to take additional actions across the entire workforce – including the testing of all staff, which began the next day.

The department said the facility is now closed for at least 14 days for infection control, which will continue to be reviewed based on health information.

The DHHS said it had advice from Food Standards Australia New Zealand is that there is no evidence COVID-19 can be transmitted to people through food or packaging. Based on this information, consumers can have confidence that meat processed at the facility is safe to eat.

The department has confirmed a number of the Cedar Meats cluster cases were close contacts of meatwork workers. But neither the department, the Minister for Health Jenny Mikakos, chief health officer Brett Sutton nor Mr Kairouz have confirmed or denied whether any Cedar Meats staff have been working shifts at other businesses or whether contact tracing has encompassed this.

However, the Premier’s office today said full contact tracing has been undertaken since the first case was identified.

The Premier’s office said the department responds to cases and outbreaks as they are notified and identified, and all necessary public health actions are taken in response, including contact tracing, isolation, quarantine and cleaning.

The department is also working closely with the facility to ensure that staff and families are aware and that appropriate public health actions are in place.

The department has continued to maintain it does not name the sites of outbreaks unless the outbreak poses a significant public health risk. The Premier’s office also said the department also does not identify individual cases or their close contacts to ensure patient confidentiality, as is legally required.

Sheep Central has been told the Commonwealth Department of Agriculture, Water and Environment is responsible for day-to-day monitoring of operations at the Melbourne facility in question, as it is an export abattoir.

The Age has also reported this morning that Federal Minister for Agriculture David Littleproud wanted to find out when Victorian officials informed his department about the Cedar Meats outbreak.

The newspaper also reported that Victorian Opposition leader Michael O’Brien is calling for an independent inquiry into the State Government’s handling of the Cedar Meats COVID-19 cluster.