ONE of Australia’s largest domestic-only beef abattoirs has signed a joint venture agreement with a Chinese company which will dramatically change the direction and shape of the business in coming years.

Churchill Abattoir near Ipswich, west of Brisbane, has been heavily focussed on supplying the Woolworths supermarkets northern supply chain for the past 15 years, but plans to upgrade to an export licence, and will double its throughput under an ambitious plan to supply beef into China. 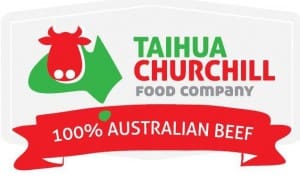 Initially the trade will be in frozen bone-in quarters, but a later phase of the venture is likely to see a dedicated export boning room built to cater for boxed boneless cuts.

The JV will raise $35 million to upgrade the plant to export status and add a second daily killfloor shift, which will take the plant’s current throughput from 3000 head per week to 6000.

Churchill Abattoir is jointly owned by the DA Hall & Co, one of Australia’s largest poultry and pork producers based on the Darling Downs, and managing director Barry Moule.

The plant’s primary function up to now has been as a service kill provider for Woolworths, with carcases boned in the adjacent BrisMeats boning room, leased by the supermarket group. The remaining 15 percent of Churchill’s production has been carried out for other smaller domestic service kill customers.

That supply agreement will continue unchanged under future expansion plans, but it is on exports where the future growth plans will focus.

The business’s new export joint venture partner is Taihua Food Co, based in Qingdao city, in the Province of Shandong. The new joint venture will be called Taihua Churchill Food Company.

Taihua is already a major producer and distributor of frozen vegetables in China, but this is its first investment in the red meat supply chain, and its first in Australia. The agreement with Churchill represents a diversification into a second food segment where Taihua sees exceptional growth potential.

Its existing frozen vegetable export business means the company already has strong cold chain and distribution channels across China – an area which is often regarded as a deficiency in supply chains servicing the Chinese market.

The JV business plan will extend through the supply chain, in what may be a unique model for Australian beef trade into China so far. It will include the establishment of a boning room in China, where labour rates are 20 percent or less of what they are in Australia. In a typical Australian meat processing plant, the boning room is often three or four times more labour-intensive than a kill floor of matching capacity.

JV partner Taihua also plans to establish a wholesale/distribution business taking the product further through the supply chain. In fact the company has already ‘experimented’ with imported Australian quarter-beef, boning it and packaging it for distribution direct to end-users.

From its base in Shandong Province, the company has developed a cold chain/distribution network that allows it to deliver up to 5kg of beef to a home consumer or small food service operator in any Chinese city within 24 hours.

Funds generated under the JV will be used to finance the Churchill plant’s upgrade to export license standard, and the addition of a second daily slaughter shift. The project will include plate freezing infrastructure for quarter-beef, and longer-term, a new boning room that could be used to produce boxed beef, as well as bone-in quarters.

The existing BrisMeats boning room next to Churchill’s killfloor is leased by Woolworths, and is already operating at capacity, including a night shift.

In the first phase of the project over the next 12 months, Churchill plans to move to Tier Two Export status, and begin the process of listing for export to China, which history suggests can take some time.

A Tier-Two export license and country-specific approval for China will significantly change the dynamics of the Churchill business.

Not only will it allow virtually unlimited export into Australia’s premium muscle meat export markets around the world, but it will also greatly expand opportunities in offal sales.

Currently, the large volume of offals produced under the Woolworths kill have to be sold on the domestic market only, where consumer demand for offal meat is low. However pricing is considerably higher for offals (particularly red meat offals like tails, tongues and livers) on export markets, which would allow Woolworths to extract greater value from each carcase.

Churchill’s current commitments to a Woolworths kill in its first daily shift will remain basically unchanged under future arrangements, but the additional slaughter undertaken in the second shift could be very different.

While the current cattle passing through the plant are tightly-specified within narrow yearling grainfed ranges for Woolies, the export kill could accommodate everything from manufacturing cows and bulls right through to better quality heavy steers, both grassfed and grainfed, managing director Barry Moule said.

“The Chinese market for beef is that wide in different segments, it is likely to be a quite diverse kill,” he said. “In time, it might be that 30 percent or more of the kill is grainfed, especially when it’s dry.”

The Churchill plant was originally one of six State Government owned abattoirs across Queensland, which were sold off around 1996. The current owners have significantly upgraded the original killfloor working area over the past 15 years.