SCIENTISTS from around the world have gathered in Dublin to examine claims regularly levelled against meat and livestock and to confront the simple question: What does the science say?

The unequivocal conclusion from two days of detailed presentations by scientific experts from Australia, the US and across Europe is that the highest standards of science do not justify or support the “simplistic and reductionist” war being waged against meat. 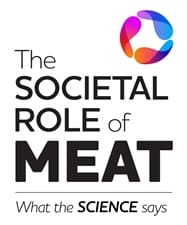 In fact, while challenges remain to minimise the livestock farming and meat sector’s environmental footprint, a clear theme of the many academic assessments presented in Dublin was that removing livestock and meat from landscapes and human diets would lead to potentially disastrous consequences for both.

Livestock systems are “too precious to society to become the victim of simplification, reductionism or zealotry,” a document signed by the scientists present – billed the “Dublin Declaration” – emphatically states.

Scientists from around the world are now being called on to sign the Dublin Declaration (see link here) which aims “to give voice to the many scientists around the world who research diligently, honestly and successfully in the various disciplines in order to achieve a balanced view of the future of animal agriculture”.

It also pointedly warns against “one-size-fits-all agendas”, such as drastic reductions of livestock numbers which could lead to “environmental problems on a large scale”.

Full outcomes and evidence from the two-day International Summit on the Societal Role of Meat will be published in a special addition of the Animal Frontiers in March 2023.

Simultaneous events highlighting the science supporting the positive role of livestock farming and meat production are expected to be held at the same time, including in Australia.

Evidence presented at the forum reinforced several take home messages including that:

“Sustainable livestock will also provide solutions for the additional challenge of today, to stay within the safe operating zone of planet Earth’s boundaries, the only Earth we have.”

Many who spoke at the summit over the two days called for the “polarised” and “binary” nature of public discussions around meat and livestock to end.

Ireland’s Minister of State at the Department of Agriculture, Martin Heydon, noted in his opening remarks that “so much of what we see and read and consume has been “boiled down into sound bites that have been very much simplified”.

It has bever been more important to move forward with an accurate and scientific understanding of meat’s role in society, he said.

“Consumers need to trust their food and where it comes from.

“And where does that trust from? It comes from science.”

Professor Frank O’Mara, the director of Ireland’s agricultural research and development organisation Teagasc, which hosted the summit, said the role of livestock has never been as questions as much as it is being questioned now.

“We all understand and get that we need to have a very sustainable system of agriculture,” he said.

“The point we would make is you can’t have a sustainable and properly function food system without livestock being part of that, because of the circular process of crop production and animal production.

“So we certainly need livestock to be part of the food system to feed the 10 billion people we will have on this planet shortly, and do it in a sustainable manner.”

“When there is fog around, the one thing that helps clear the fog is evidence-based information,” he said.

South African farmer and former president of the World Farmers Organisation, Dr Theo de Jager, said farmers needed to be part of the global conversation: “Farmers are the ones who everyone is talking about but no one is talking to,” he said.

About 200 people attended the summit including scientists, agricultural representatives and policy-makers from around the world, including around a dozen from Australia.