FOOT and Mouth Disease fragments have been found in meat products in Melbourne and in an undeclared beef product imported by a passenger travelling from Indonesia where FMD continues to spread in livestock.

The Department of Agriculture has stressed that the detection does not mean there has been an incursion of the disease in Australia, and that there is no ‘live threat from the disease’.

Federal Agriculture Minister Murray Watt disclosed the FMD viral fragment detections at a press conference this morning, saying it was a reminder of how vigilant Australians needed to be.

Following sustained lobbying from the farming sector and some state governments, the Albanese Government also today said it will roll out footbaths at international airports, in another layer of protection against Foot and Mouth Disease transmission (more below).

‘There has not been an incursion’

This afternoon the Department of Agricuture released a follow-up statement reinforcing the point that the discovery of FMD fragments in retail meat products does not mean there has been an incursion in Australia.

Nor is the first time that routine testing has identified viral fragments in seized products. The detections do not change Australia’s foot-and-mouth-diseaese or African Swine Fever status. 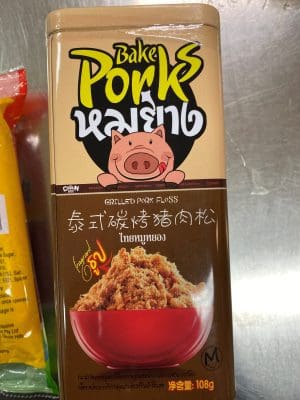 DAFF said that as part of the Australian Government’s response to the spread of animal diseases in the region, it has increased its surveillance and testing of meat and other animal products, both at the border and through targeted checking of retail outlets.

Some pork products have been removed from supermarket shelves after viral fragments of both foot and mouth disease (FMD) and African swine fever (ASF) were detected during testing.

“This find does not change Australia’s disease-free status for FMD and ASF,” the statement said.

“There is no threat to human health from these diseases.”

It explained that during a recent purchasing and testing campaign of food for sale in supermarkets around Australia, one sample tested positive for FMD and ASF viral fragments– the test does not indicate live virus. This sample was from pork floss offered for sale in Melbourne.

“Pork floss is a processed, dried meat product that can be imported if it meets strict import conditions that mitigate the risk of exotic diseases, including ASF and FMD. The product was processed, but investigations have not found evidence that the treatment was to Australia’s requirements.

“Out of an abundance of caution, officers have seized product from all linked supermarkets and a warehouse in Melbourne.

“If the public have any of this pork floss product, please return them to the Department of Agriculture, Fisheries and Forestry office in your capital city. If you are unsure about a concerning product or would like further information, please contact the department.

“A number of other pork products for retail sale around Australia have tested positive for ASF viral fragments. Officers are in the process of securing products and undertaking investigations. Further information will be provided when these investigations have been completed.

“The department has also been testing meat products seized at the border from travellers and through the mail. “Recently a passenger was intercepted with a beef product. When prompted by a biosecurity officer, the passenger declared a number of items of biosecurity concern at the border and was issued with a warning. The seized beef item tested positive for FMD viral fragments.

“The public, retailers and importers are asked to be vigilant in their purchases, to play their part in protecting Australia from these terrible diseases.

“The government will continue to step up this surveillance activity and will prosecute breaches of biosecurity rules to the full extent of the law. This is across all pathways, not just travellers through airports.

“Pig owners must not feed meat, animal products or imported dairy goods to their pigs. This is called swill feeding and is illegal throughout Australia.”

Foot and mouth disease is considered one of Australia’s greatest biosecurity threats to livestock and an incursion of FMD or ASF would have severe consequences for Australia’s animal health, trade and economy and our regional communities.

Travellers and people sending and receiving mail are reminded of the need to be aware of what is permitted entry to Australia. This can be checked at this website: https://www.agriculture.gov.au/biosecurity-trade/travelling/bringing-mailing-goods. The department can be contacted on 1800 900 090 or online at https://www.agriculture.gov.au/about/contact/online-enquiry.

Govt steps up on foot mats

The Federal Government recently increased biosecurity measures in recent months in response to the Indonesian FMD and Lumpy Skin Disease outbreaks. This included a $14 million biosecurity package announced on Friday to deliver more frontline defenses in airports and mail centres, along with support on the ground for Indonesia and neighbouring countries.

Minister Watt said Australia’s biosecurity system was already one of the strictest in the world, and mats would add yet another layer of defense on flights from Indonesia.

“I directed my department to look at what could be done around footwear to complement the other measures in place and after careful consideration, we have decided to deploy sanitation foot mats in Australia’s international airports. 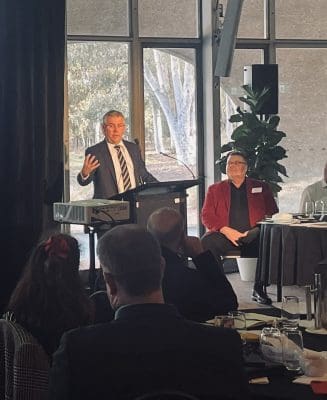 “The fact is, there is no biosecurity silver bullet – our biosecurity controls rely on a multi-layered approach to mitigate the risk of FMD,” Mr Watt said.

“These sanitation mats will be a physical reminder to passengers to do the right thing to limit any spread of FMD, and will be used in conjunction with our current measures, such as passenger declaration, 100 per cent profiling of all passengers entering from Indonesia, real time risk assessments, questioning and shoe cleaning.

“We still encourage Australians to clean their shoes and clothing, and even leave their footwear overseas if they can,” he said.

Following consultation with airports, two styles of mats will be used, with shipping already underway.

The mats will begin to be seen in international terminals this week, starting in Darwin and Cairns. Travellers arriving in Australia from Indonesia will be asked to walk across the mats to sanitise the soles of their shoes.

The mats will contain a citric acid solution, designed to dislodge any dirt from the sole of the shoe and cover it in the acid.

The Federal Government said travellers will still be asked to declare their contact with farms and livestock, and those with visibly contaminated shoes will continue to be taken to the biosecurity area.

The Australian Meat Industry Council (AMIC) is again calling for calm after the Department of Agriculture, Forestry and Farming announced today that fragments of Foot and Mouth Disease (FMD) were detected in imported pork products from China in a retail setting in Melbourne’s CBD.

“These findings vindicate AMIC’s assertions that this issue is about targeted management of high-risk areas, being illegally and/or misdescribed food products coming into Australia,” said AMIC CEO Patrick Hutchinson.

“Foot mats are an opportunity to educate, but the risk remains clearly in the areas that the Department has been managing for many years now, with support from AMIC, being at airports and borders.

“The latest detection of FMD in pork products from China being sold in the CBD of Melbourne shows that the risk of incursion is from not only Indonesia but also from other destinations.

“Also, as AMIC previously stated, the finding of illegal food stuffs with a returned traveller from Indonesia is the main risk area, which the government has invested in following advice and upport from organisations such as AMIC.

“These findings are not new. They are part of the surveillance program for biosecurity which is the role of the Australian Federal Government via Border Force and other departments. These have been increased by successive governments, all of which have been supported by AMIC.

“Australia’s biosecurity system must remain vigilant, and all stakeholders must play a part in providing the best possible outcomes, from government, industry and the community,” said Mr Hutchinson.

“Of course, this routine detection highlights the fact that we do not operate in a risk free environment and that we must continue to invest in our biosecurity systems.

“We welcome Minister Watt’s announcement of additional support measures and ALEC commits to continue working alongside Government to ensure all appropriate measures are in place. We also continue to call on the Government to offer all assistance it can possibly offer to our friends in Indonesia as they continue work on managing outbreaks of Foot and Mouth Disease and Lumpy Skin Disease.”