MEAT processors across the country are pushing for a higher uptake of electronic National Vendor Declaration (eNVD) forms, saying too much time is wasted managing mistakes in hard copies of the declaration. 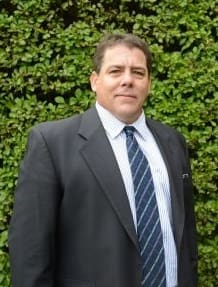 The Red Meat Integrity Systems Company overhauled the way National Vendor Declarations are done last year, with eNVD replacing the eDEC system. The company says 33.5 percent of the consignments sold between and January and August this year used the new electronic system.

Several multi-site sheep and cattle processors have told Beef Central they would like to see more vendors using eNVD, with compliance officers spending up to half their day, everyday, fixing hard copies.

Thomas Foods International was one of the companies supporting the push. National livestock manager Paul Leonard said with the NVD being a legal document, it needed to be done properly.

The paperwork these days is non-negotiable, we need to have it done correctly or we can’t kill

“The paperwork these days is non-negotiable, we need to have it done correctly or we can’t kill and that’s out of our hands,” Mr Leonard said.

“We do have staff on the ground who spend quite a lot of time trying to sort out NVDs.”

Calls for agents to drive eNVDs

The latest conversation about eNVD was kicked off last month by Australian Lamb Company livestock manager Ben Verrall in an “Elders Update” interview with Murray Arnel – who also reports for Beef Central. 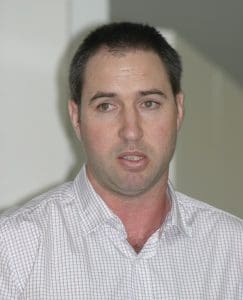 Mr Verrell said there needed to be an industry-wide push for more vendors to use eNVDs, with companies like the Victorian processor taking up too much time fixing hard copies.

“We don’t seem to be able to pick up that baton and run with it as an industry,” Mr Verrell said.

“I haven’t seen a big push for eNVDs lately and I think we really need push it.

“It’s probably the agents who need to drive it because they’re on the front line speaking to the vendors.”

Mr Verrell said the best eNVD systems were forms vendors could not submit without filling it in properly.

“It’s like a date of birth on an airline ticket, if you don’t fill it in you can’t submit it,” he said.

Agents and the Integrity Systems Company (ISC) say several factors are stopping a higher uptake of eNVDs – including poor connectivity and, in some cases, struggles with digital literacy. 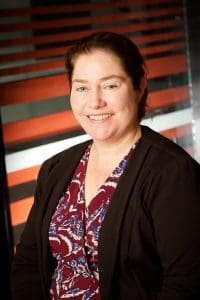 ISC chief operating officer Jo Quigley said the organisation was looking at updating the eNVD system to account for some of these problems.

“Quite often producers won’t know exactly how many animals are being loaded onto the truck until they’re down in the yards – which is often out of phone and internet service.

“There could be a mobile application being used in that situation.”

Ms Quigley said eNVD adoption was on the increase, but like the processors, ISC would like to see more vendors using it.

“There is an opportunity for us to continue to encourage that adoption, right through the supply chain,” she said.

“We would like to see our feedlots, saleyards and processors all set up and receiving the consignments digitally.”