He plans to build a stronger collaborative approach to further energise the NABRC base by strengthening the role of NABRC’s 11 Regional Beef Research Committees, which provide grassroots insights into the research requirements of the northern beef industry. 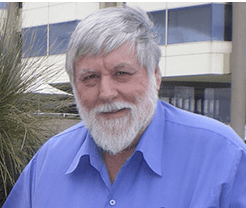 “NABRC is only as good as the RBRCs,” Dr Taylor said. “They’re critical to defining the issues to be addressed and identifying new ways to advance the industry in those regions, whether that’s through R&D or through industry extension and adoption of known research.

He said he planned to further build capacity and diversity of input within the RBRCs to ensure they are equipped to address the range of complex and competing industry pressures, and provide the important consultation network for R&D funding bodies such as MLA.

Dr Taylor will bring to the role a wealth of personal knowledge of NABRC and its member organisations, having previously represented the CSIRO and Rangelands Australia on NABRC, and served as the NABRC deputy chair from 1995-2000.

His extensive resume spans close to 50 years in the industry, graduating from the University of Queensland with a Bachelor of Applied Science in 1972, then undertaking a PhD at the University of New England, and working in rangelands research roles for the CSIRO, rising to the rank of chief, CSIRO Tropical Crops and Pastures. From 2001 to 2012 he was the Director of Rangelands Australia and since then has been working part-time as a non-executive director for a range of not-for profit organisations supporting the beef industry in northern Australia and overseas.

President of NABRC’s Management Committee, producer Ben McGlynn, said NABRC members were pleased to have Dr Taylor lead the organisation into its next phase.

“John is very passionate about the northern beef industry and the importance of its people, and supporting them through collaboration and good communication,” Mr McGlynn said. “His extensive previous experience with the northern industry and his affinity for regional Australia, is invaluable in this role.” 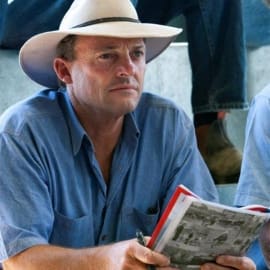 While Sandalwood will continue to offer custom feeding services for clients, the 16,000 head capacity yard also feeds a growing number of Wagyu (F1 to Fullblood) for parent company, Lotte.

Mr Eldershaw earlier spent 28 years at Rangers Valley feedlot near Glen Innes, buying the yard’s Angus and Wagyu feeder requirements across eastern Australia. He stepped back from that role three years ago to take a break, doing some limited consultancy work for livestock supply chains including Sher Wagyu.

In his new role with Sandalwood, Mr Eldershaw will continue to operate out of Wagga, but will source feeder stock across a large area from Central Queensland to Victoria.

Mr Rookyard will be based out of ANZ’s Orange offices. Michael McManus will handle operations matters at AuctionsPlus.

The Queensland Government has named Teys Australia’a Rockhampton processing plant general manager Wasantha Mudannayake as an #eatqld Champion, in recognition of his contribution to the reputation of Queensland’s produce. 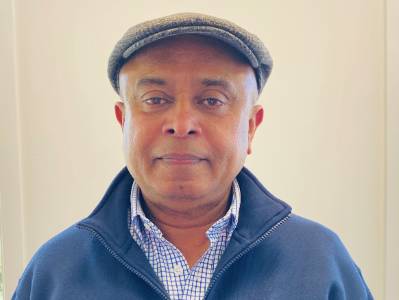 Member for Rockhampton Barry O’Rourke said Mr Mudannayake was a shining example of what could be achieved with a career in the agriculture and food processing sector.

“Mr Mudannayake now oversees the second biggest meat processing plant in Australia with an annual turnover of more than $620 million and employing more than 900 people. He is a passionate mentor who advocates for numerous traineeships, apprenticeships and multicultural opportunities in the workplace and also serves the community as a member of the Advance Rockhampton Board and the Queensland Government’s Manufacturing Ministerial Council.”

“Working for Teys Australia has given me a great insight into the quality of our locally produced beef and I encourage everyone to get behind our local producers. It has been a great privilege and honour to work for Teys family under the inspiring leadership of Brad Teys for close to 30 years which allows me to grow as a leader and contribute to the business and communities in Central Queensland.”

The Herefords Australia Board has appointed two new directors. Mark Baker and Alex Sparkes have been selected as new board members following a call out to HAL members for expressions of interest following the resignation of Bill Kee and Tony Haggarty.

Herefords Australia chair, Trish Worth said many talented and skilled members had expressed an interest in serving on the HAL Board.

“In Mark Baker and Alex Sparkes, we have two committed Hereford breeders who also bring other skills to the Board,” she said.

Mark Baker is co-principal of Kanimbla Poll Herefords and has been a HAL member for over 25 years. He has an extensive corporate background, predominantly in the legal and commercial fields and brings experience in governance to the HAL Board, having been a director and company secretary for other organisations. He holds a Masters of Business Administration, a Master of Laws and a Bachelor of Economics majoring in accounting. His skills will be put to good use as the new Chairman of the Finance Audit and Risk Committee.

Alex Sparkes is a sixth generation Hereford breeder, with the Sparkes family having bred Hereford cattle in Central and Southern Qld for more than 100 years. His great-grandfather, Sir Walter Beresford James Gordon Sparkes, was a founding member of the Australian Hereford Society as well as the Poll Hereford Society.

Mr. Sparkes also has an extensive business background outside the beef industry. After completing an Ag Economics degree with USYD Orange in 2004, he went on to develop and grow a number of rural and regional focused internet companies.

Lisa Croft has been appointed as the new chief executive officer of the Australian Pesticides and Veterinary Medicines Authority.

Agriculture minister David Littleproud said Ms Croft would be leading the agency at a critical time.

“Ms Croft has successfully navigated and co-led a significant change program for the APVMA, including the relocation of the agency and its workforce from Canberra to Armidale and significantly improving the performance and efficiency of the agency,” Mr Littleproud said.

The minister thanked former CEO, Dr Chris Parker, who returned to the Department of Agriculture, Water and the Environment in August. The APVMA is the independent statutory authority responsible for assessing and registering pesticides and veterinary medicines proposed for supply in Australia.

AgriFutures Australia has announced the appointment of five new non-executive Directors to the Board.

More than 450 nominations were received for the positions. The five new Board Directors (effective 1 October 2020) are:

“It is an exciting time for our new Directors as we move into the final few years of delivery against our current Strategic R&D Plan 2017-2022. We have achieved many of our goals and have exciting priorities for our new Directors to engage on. We welcome the extensive skills and experience of our Directors across startups, Rural Women’s Award participation, levied industry panel involvement, family farming along with backgrounds in research, development, and innovation. 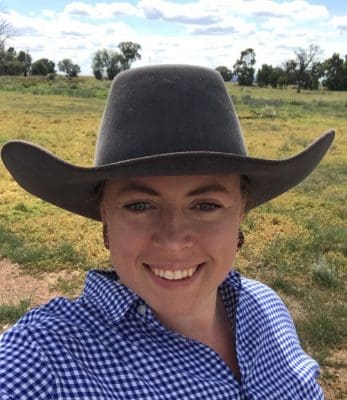 Appointed as the breed society’s first Chief Executive Officer is Hannah Bourke, a well-known and highly regarded agribusiness beef professional based in NSW. She is currently a Genomics Beef Territory Manager with Neogen Australasia, and has gained extensive experience over a number of years working with cattle breed societies, genetic companies and beef producers.

Ms Bourke starts in her new role early next month. 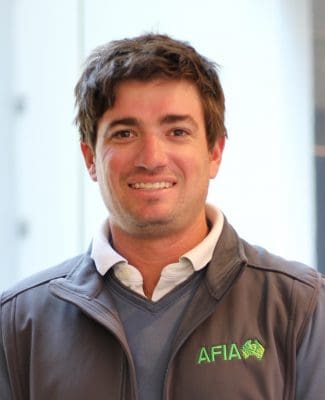 Brad wants to grow the profile of the fodder industry and show its role as a useful commodity, regardless of seasonal conditions. “As fodder growers, we don’t want to be looking towards the next drought to demonstrate the value of our product,” he said. “As an industry we are constantly working to improve the quality of our product and well-made hay, silage and straw enhances livestock operations and helps them manage risk.”

Farming at Mallala in South Australia, Mr Griffiths manages his family’s business which focuses on cropping, domestic and export hay production. He’s been an AFIA Board member for two years.

Mr Griffiths said AFIA was committed to assisting the development of this market which has expanded considerably in the past five years. Outgoing chair and AFIA board director Frank McRae said Brad’s experience in the fodder supply chain, including growing, contracting and transport, would be invaluable to the leadership of AFIA. “It is great to see younger industry participants taking on these leadership positions,” he said. “They are going to guide the industry into its next phase and I’m looking forward to robust discussions around the Board table.” 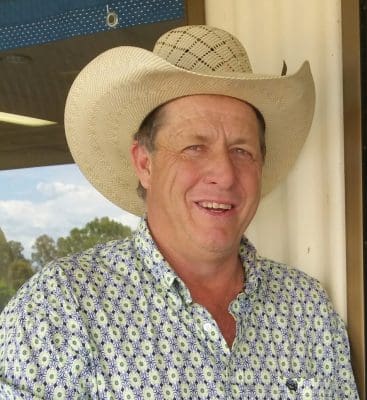 Managing director of Stockmaster Livestock Transport based out of Inverell, NSW, Mr Cavanagh has logged more than 35 years’ experience in the industry and is well known in the trucking industry as an expert in livestock transport.
He has served as president of the Livestock, Bulk and Rural Carriers Association (LBRCA) and has also held the roles of President, Vice President, Treasurer and Secretary of the Australian Livestock and Rural Transporters Association (ALRTA).

Mr Cavanagh was awarded Life Membership of the ALRTA in 2018 in recognition of his significant contribution to the organisation and to the promotion of rural transport as a sustainable, responsible and safe contributor to Australia.