Opinion: Land clearing – putting the cart before the horse? 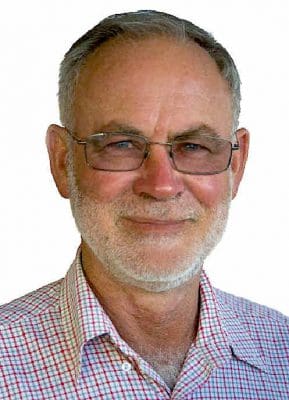 Land clearing has become a very  emotional issue, almost an article of faith (a church) and has thus become polarised with very little common ground or common sense.

Why has it become so? What was the reason for it?

To some it is to save the planet. One of the major drivers of the apocalyptic climate models is the warming effect of CO2. However this is based on the work of Arrhenius in the 1890’s which some say is speculative science only and has never been adequately quantified. Climate change  models are very sensitive to this input and it thus urgently needs to be reviewed as it may well be overstated.

There is an old saying “correlation does not prove causation” . It well may be that global warming has enabled industrialisation rather than vice versa as more food can be grown in warm times and allowed more people in the cities.

Others say it is to provide  biodiversity. If so, this will be at the expense of the grassland and open savannah fluffies and furries? Why is one lot valued more highly than the others? What biodiversity do we really want?

The Grain and Graze 1 national biodiversity project found good biodiversity in cropping country even in a very dry time. It was not a barren landscape as some have suggested.

My observations of the “remnant” communities are that too many are incorrectly described and are also heavily dominated by a very recent young  understorey which is called thickening . This is not a traditional “remnant” community but a “politically correct” recent construct.

My grandfather commented in his time that much of our present “bush” was much more open. This is backed up by many recorded and anecdotal observations from the past. If the communities were correctly described, maybe producers might have more faith in the government policy of the day. The so called Pilliga scrub was once open country.

The thickening and encroachment of some species such as cypress pine, gidgee, mulga, sandlewood etc is acknowledged by many of the old scientists who are now “politically incorrect”. There were even inquiries on these concerns over 100 years ago. The indigenous inhabitants used fire to manipulate their landscape for their purposes. The present philosophy seems to be to leave it alone and it will revert to a natural pristine state – pigs fly occasionally too?

We need to re-introduce fire (and other modes of)  management into the landscape except in too many cases the community is probably too far gone and mechanical intervention will be needed. Or we wait for the extreme fires which take out entire communities to everyone’s loss. California 50 years ago led the world in understanding that regular fires were required to avoid the occasional catastrophic fires which resulted from the build up of flammable material. Why did they forget this knowledge and suffer these catastrophic fires again?

Why do farmers and graziers “clear” country? The other side never seems to ask this obvious question. The simple reason is that timbered country is not very productive and those (including myself) who had (or unfortunately still have) a “green” block know only too well its low productivity (and thus profitability) and the dramatic amplified effect of drought in a dry time. It is simply very good commercial sense to remove much of the trees when they impact so severely on the bottom line. It is very expensive to clear timber and it is a decision not taken lightly and maybe the recent “increase” is simply a catch up from the previous unprofitable period in the beef industry when essential maintenance was unfortunately dramatically reduced. In many cases it is simply to reduce and control regrowth.

Even the so called environmental weed called “buffel grass”  has vastly improved beef productivity. One survey in the Maranoa simply said that those who had it were viable, those who did not were not. Buffel seems to have a much larger portion of its biomass underground. It is probably sequestering much more carbon than a mature forest which can even be a net emitter?

To conserve something, you need to create value for it. Timber has little value for most farmers. If the community wants more timber, the hip pocket nerve is the most effective – legislation is the worst.

One of the issues in this State election is “land clearing”. Agriculture is the major economic driver of many rural communities , anything that compromises this economically disadvantages our state and country.

If this tree clearing issue is not resolved, agricultural productivity will decline and rural communities who are ultimately underpinned by the fortunes of agriculture will continue to decline. This will flow on and impact on the wider economy. A nation needs to be able to feed itself. We supposedly export much food but we also import much. Our net position is thus much less than we realise A landscape needs to provide for the needs (productive, economic, environmental, social and cultural) of its population. Europe sees farmers as part of the landscape, Australia appears to want them out of the landscape!

We urgently need a sophisticated,  strategic, constructive, bi-partisan conversation re the landscape to provide for our future needs, not a polarised argument about tree clearing.