QUEENSLAND-based corporate beef producer the North Australian Pastoral Co has entered into a partnership with the Australian Wildlife Conservancy that will see an additional six million hectares of grazing country devoted to conservation land management.

The new relationship will see the two organisations working together to influence positive, measurable outcomes for biodiversity across NAPCo’s pastoral operations, the stakeholders said in a statement.

AWC currently operates across 6.5 million hectares of land across Australia, meaning the agreement reached with NAPCo will double its conservation footprint.

NAPCo is one of Australia’s largest private landholders and oldest cattle producers, operating 14 properties in the Northern Territory and Queensland. The company has been committed to sustainable environmental management for more than a century.

Large tracts of NAPCO’s properties retain healthy ecosystems, with almost 400,000ha set aside as dedicated nature refuges. Given this commitment and the scale of operations, these stations have considerable conservation value and will expand substantially upon AWC’s existing conservation efforts, the statement said.

Australian Wildlife Conservancy’s chief executive officer Tim Allard said while pastoral interests and conservation may have been viewed as unusual bedfellows in the past, pragmatic, unconventional partnerships such as these were crucial for unlocking conservation at scale.

Around 427 million hectares (about 55pc) of Australia is used for pastoral operations and agriculture, he said.

“Partnerships such as these offer an exciting pathway for catalysing positive change and deploying large-scale conservation. An integrated approach is expected to generate positive outcomes for conservation as well as for pastoral productivity, providing incentives for all parties.”

“The call to action to address Australia’s extinction crisis has never been louder. This partnership represents an exciting extension of the AWC model for conservation. By joining forces with NAPCo, we have a great opportunity to magnify the impact of our actions for the benefit of biodiversity,” Mr Allard said.

“Collaboration and innovation across science, research and land management are crucial if we are to secure the survival of Australia’s wildlife and restore our natural capital.” 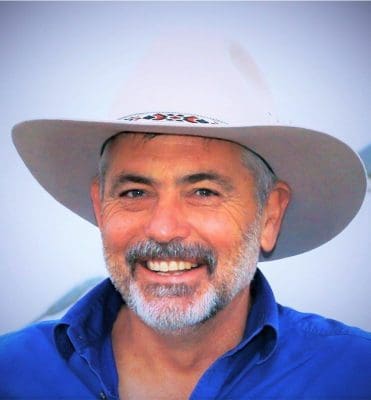 North Australian Pastoral Co chief executive officer Allan Cooney said the partnership would demonstrate to the rest of the world what can be done – in that sustainable and commercial pastoralism can operate, and better outcomes for biodiversity can be achieved, by working together.

“The success of this partnership is very important,” he said.

AWC scientists have used previous ecological surveys, historical records and publicly available fauna data to estimate that NAPCo properties likely support up to 760 vertebrate species – of which 15 are listed as threatened. These include the Plains Wanderer, Southern Snapping Turtle, Kowari and the tiny Collared Delma.

Several NAPCo properties in south-west Queensland support some of the last remaining wild populations of the greater bilby and a number of properties are located in bio-regions which are currently poorly represented in the National Reserve System.

“The success of this partnership is important not only for the future of native wildlife but for the conservation landscape of Australia,” the stakeholders’ statement said. “It will demonstrate to the rest of the world what can be done – sustainable and commercial pastoralism can operate, and better outcomes for biodiversity can be achieved, by working together.” About the Australian Wildlife Conservancy

The Australian Wildlife Conservancy (AWC) says it is a global leader in conservation, providing hope for Australia’s wildlife with a science-informed, land management partnership model that delivers high impact results. It describes itself as a national leader in landscape scale conservation land management, reintroductions of threatened species and the establishment of feral cat and fox-free areas.