Japan secures beef access to Australian market: What are the implications?

JAPAN has confirmed overnight that it has regained access to the Australian market for chilled and frozen beef, lifting a 17-year ban imposed when the country succumbed to BSE in its domestic beef herd in 2001.

While the restored access to Australia has symbolic significance for Japanese meat exporters, in reality volumes shipped here are like to be miniscule, if the trade re-activates at all. 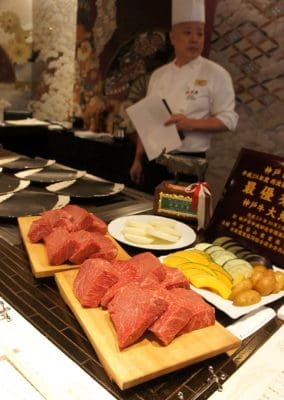 The development is a significant milestone in the Australian meat industry, however, as it is the first time in at least 30 years that any country has gained, or re-gained beef market access to Australia. Currently the only countries entitled to export beef to Australia are New Zealand, and curiously, Vanuatu – both of which carry the OIE’s same ‘least-risk’ BSE rating as Australia.

The Australian Government is yet to acknowledge the finalisation of the trade access agreement, under a deal which has allowed the Japanese Government to disclose the news first. Tokyo has been pressing for a resumption of beef exports to Australia since 2004.

“This is all about Japan being able to go to the rest of the world and say, ‘we’ve satisfied Australia, the toughest country in the world to gain beef access to – you should be satisfied too,’ a reliable regulatory and trade source told Beef Central this afternoon.

All that’s left now for trade to commence is for a Japanese exporter to apply for an import permit, and in the absence of any further opposition, an export certificate will be produced, allowing shipments to commence and the Japanese product to be presented at the border.

Depending on border protocols, Australian officers are likely to take some routine tests covering residues and bacterial contamination. Exports will be muscle-meat only, free of brain, spinal chord and nervous-system material associated with elevated BSE risk.

Leading up to today’s announcement, Japan has undergone an intense two-step risk assessment process, designed to pave the way for beef trade access to recommence.

Both reports were made public last year, and public comment was invited.

In the absence of any objections, the scientific scrutiny behind the risk assessment prevails, and the minister then signs off on the arrangements after both sides agree on certificate wording covering eligibility. 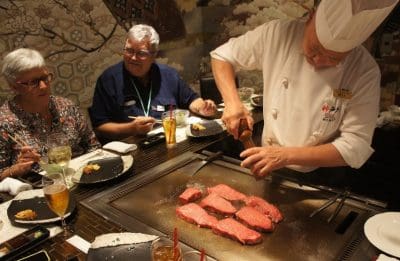 It’s understood that beef plants in Japan intending to export to Australia will have to be registered with Japan’s Ministry of Agriculture, Forestry and Fishery. Senior Australian veterinary officers have already inspected Japanese processing facilities and audited Japanese traceability and regulatory systems as part of the process, Beef Central was told.

Provided they follow the currently agreed protocol, there is no longer anything stopping eligible Japanese exporters consigning beef to Australia.

Beef export volumes out of Japan have gradually grown over the past three years as more countries re-admit trade, after earlier fears over BSE risk. But total volumes remain insignificant, by global trade standards, at less than 3000 tonnes per year.

A trusted trade source said the only Japanese product likely to find its way into Australia would be small quantities of high-end, heavily-marbled Wagyu beef, “where there may be some unique cache in being able to describe it on a few fine-dining restaurant menus as ‘exclusively from Japan, the home of Wagyu’.”

Following Japan’s success in winning access this week, the next obvious question is, what does it mean for potential market access to Australia for US beef?

The US has a current application for beef access to Australia, and the process is still working its way through the regulatory process. That follows an earlier attempt a decade ago, which was halted mid-process by a hastily convened Australian parliamentary inquiry.

In the current process, Australian authorities have put a series of questions to US regulators about traceability and other aspects of the US production system, to which the US is yet to respond – partly because it is distracted by other, higher-priority international access issues, such as China.

So far, the FSANZ (human health aspects) risk assessment for BSE in US beef has been completed, as has a biosecurity risk assessment about transmissible animal diseases. Both have been published.

In a nut-shell, US beef access to Australia is progressing, albeit slowly, and the ball is currently in the US Department of Agriculture’s court.

Three applications for market access to Australia for beef have been progressed in recent times – Japan, the US, and the Netherlands, which has particular application for veal.

“It’s almost anticipated that some stakeholders will react negatively to this news about Japanese access, claiming that Australia should not allow Japanese beef imports, at any cost,” a trade source said.

“But in the end, if the rest of the world treated Australian beef the same way (that is, using a non-science based approach to risk assessment) Australia would not trade any beef on the international market,” he said. “We have to be consistent in this approach. After all, Australia regularly exports up to 350,000 tonnes of quality beef to Japan each year.”

The risk of populist opposition to Japan’s market access may partly explain what the Australian government has not yet acknowledged the development, Beef Central was told.

At a news conference in Tokyo following a Japanese cabinet meeting on Tuesday, Nikkei quoted agriculture minister Ken Saito as saying, “Australians have high income levels and there are high numbers of Japanese restaurants in urban areas. This is a good environment to receive Japanese beef.”

The Japanese government was considering ways to introduce Australian consumers to preparation methods and the unique characteristics of Japanese beef, Minister Saito said.