Ross and his wife Robyn spent 23 years managing North Australian Pastoral Co’s Alexandria Station on the Barkly Tableand, one of the world’s largest cattle properties, before his retirement in 2014.

He spent eight years on Cattle Council of Australia, representing the northern industry and chairing CCA’s animal welfare taskforce for a lengthy period. He also spent a lengthy period as NTCA president and president of the Barkly region Beef Research Committee.

The North Australian Beef Research Council is an alliance of beef producers, research, development and extension providers and funders operating across the Northern Territory, Queensland, and the Pilbara/Kimberly regions of Western Australia. It provides a forum to identify priority issues facing the north Australian beef industry, it establishes strategic and project-based partnerships, and promotes priority issues for addressing by the RD&E providers.

Last night’s awards dinner was a highlight of a three-day conference involving 360 research and development and extension personnel working in the northern cattle industry, held in Brisbane.

“The NABRC Medals are designed to highlight the achievements of people who have achieved excellence in the fields of production, research and development and extension in North Australia, and Rob, Ross, Ben and Joe are extremely worthy recipients,” NABRC chairman Dr Lee Fitzpatrick said.

“In the case of Ross and Ben, they have been leaders in adopting new practices on their properties. Their dedication and leadership, together with that of Joe, have helped encourage others to improve their enterprise and to engage with the research community and apply new knowledge and methods to their businesses.” 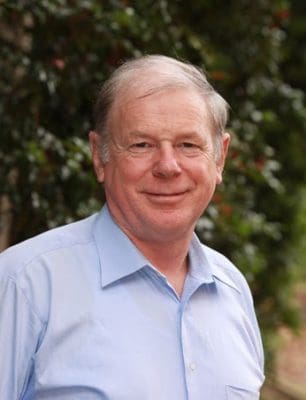 Dr Dixon, a senior research fellow at the Queensland Alliance for Agriculture and Food Innovation, has made a significant contribution to managing the impacts of cattle grazing the extensive rangelands of northern Australia.

NABRC chair Lee Fitzpatrick said Dr Dixon was widely recognised as a leader in the field of ruminant nutrition and his focus had always been to use this knowledge to develop better practical solutions for industry problems.

“He has had a major influence on R&D in the northern beef industry for more than four decades, due to his willingness to undertake research in challenging areas and to mentor and assist younger researchers to engage with industry and extension officers and producers,” he said.

Dr Dixon’s extensive research experience in temperate Australia, North America and South America gave him a broad perspective of grazing cattle nutrition and production systems. In his most recent area of research, he led a multi-disciplinary team of UQ and DAF scientists in a large project investigating phosphorus nutrition in heifers and breeder cattle. This research has changed industry understanding of how phosphorus nutrition can be managed in breeder herds in the seasonally dry tropics.

“His commitment to the industry is further evident by the fact he is a regular presenter at field days, workshops, Beef Week seminars, discussions with RBRC’s, and at national and international conferences.” Dr Fitzpatrick said.

Dr Dixon met the essential criteria for a NABRC medal in that he was a leader in his research field and had resided in north Australia for the past 26 years, formerly at Swans Lagoon in the Burdekin and at Rockhampton.

The NABRC dinner was a highlight of the three-day Northern Beef Research Update Conference held in Brisbane, where more than 360 producers, researchers and industry figures have gathered.