A discussion paper has been released to peak councils and other stakeholders by the consultancy group charged with exploring the performance and relevance of the beef industry’s trading language.

While the paper is designed primarily to define the issues surrounding the current beef industry language and to raise questions and stimulate discussion about potential changes, it does include some early recommendations for changes. Dropping the controversial butt profile assessment from the language is an example. 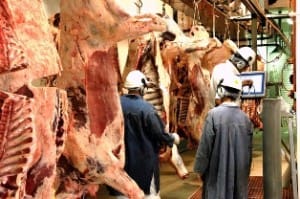 The current consultation paper will lead in coming months to the production of a White Paper, intended to be a comprehensive, critical independent examination of a range of factors that may have longer-term implications for the language used by the beef industry.

Almost 20 industry stakeholder submissions have been received towards the development of the white paper, which will propose a ‘preferred option’ for industry consideration.

While the current review of the industry language is largely in response to issues raised by Cattle Council of Australia, there remain other stakeholders in the industry who argue that a process already exists for ongoing refinement of the language, through the AusMeat language and standards committee.

A six-member consultative team was chosen to conduct the current review, based on their specialist expertise in different areas of the supply chain where the language has an impact.

The consultation paper suggests that supply chain languages in all industries “must continually evolve to accommodate changing industry needs.”

“The purpose of the White Paper will be to critically examine how those needs are changing in the beef industry. This includes factors such as consumer demands, market access requirements, new processing and description technologies and changes to the way animals are bred and managed on-farm,” it says.

In a section summarising current assessments/measurements of carcase traits used in the Australian beef language, the report acknowledges that there is a “level of discontent” with current systems relating to what characteristics are assessed and the technology (or lack of it) used to assess them.

“In the longer term it is confidently expected that new technology or the application of currently available technology will provide improved performance,” it said. “In the shorter-term, the solution will be in firstly identifying specific problems and then undertaking corrective actions to address these. It should also be noted that part of the solution may come from great producer familiarity with the beef language and the processes used to build trust and transparency.”

One of the central tenets of the document is that the beef industry language over the next 25 years will need to evolve to reflect the dominance of the consumer as the key driver of language requirements up and down the value chain.

“It will need to recognise that the consumer is buying a beef ‘meal’ and requires information pertinent to that outcome as opposed to a description of the physical attributes of the beef. It will provide audited, certification systems which underpin language and stories surrounding new branded products targeted to specific requirements of consumers in differing market segments,” the discussion paper said.

It also suggests that technology will dramatically change the way required language traits will be measured and how carcases are valued.

“For example this will allow changes to boning room infrastructure and processes, as the point-of-ownership transfer moves from over-the-hooks trading to payments based on the true value of each carcase for targeted markets,” the paper says.

“As carcases pass from the slaughter floor they will be accompanied by substantial electronic data relating to their composition, individual cut yields and the eating quality potential of individual muscle portions. A majority of (possibly all) eating quality inputs used to determine the consumer outcome will be able to be supplied from slaughter-floor equipment. This will reduce the requirement for assessment after quartering, although this will remain an option,” the discussion paper says.

“At the live animal to slaughter-floor interface, true value-based marketing trading will be the norm (in 25 years),  with producers accurately paid in relation to the yield and quality of carcase components and related ‘value’ items including raising claims, market eligibility and individual brand attributes.”

Producer-to-processor relationships will be based on open and shared data, the discussion paper predicts, and closer to an ‘open book’ partnership than the adversarial nature of past decades. Genuine profit sharing arrangements will be utilised in some supply chains.

In store cattle trading, while weight will remain a component of value and visual appearance will continue to be observed, predicted performance potential will acquire far greater importance due to improved accuracy and availability. Genetic estimates based on parentage, DNA analysis and individual performance will be combined with live animal analysis by camera or X-ray technology to define the animal at the point of sale, estimate subsequent performance and predict final carcase potential including optimum finishing specification.

These analyses will be conducted on farm the paper predicts, probably by licensed contractors for most properties, as well as in saleyards and feedlots.

In starting to drill into the detail behind any push to update the industry language, the discussion paper begins to explore some of the complex issues, for example the impact that making a change for one sector’s benefit may have on another. International market access is a good example.

It provides some detail and discussion points on many of the more controversial attributes within the current language.

There has been widespread debate over the use of ossification or dentition to determine physiological maturity in carcases.

A subjectively-recorded fat reading varying by as little as 1mm can have large repercussions in terms of carcase value, and meatworks hide-pullers are frequently blamed by producers for stripping fat and detrimentally impacting on fatness readings, and subsequent carcase payments.

While the document stops short of making sweeping recommendations for change, on some aspects of the existing language it quite specifically calls for adjustments, even at this early point in the industry discussion.

Butt shape is a good example.

“A large, body of research has concluded that a more convex butt shape is not related to improved carcase yield and it is therefore recommended that this trait be removed from the Australian beef language,” the paper says.

Butt shape has been a controversial topic across the Australian beef industry for decades, erupting again in August 2013 when championship-winning 100-day grainfed cattle involved in a Brisbane Show performance class were penalised up to $100 a head, on the basis of a subjective butt shape assessment. See Beef Central’s earlier report here. Beef Central also posed this question at the time of the 2013 Brisbane Show butt-shape incident: “Is it time for a broader grading/carcase assessment review?”

Some processors have since made subtle changes to their grading policies over butt shape, as a result of that episode. While it technically remains in the grids of some processors, some now choose not to enforce it.

Initially AusMeat included butt shape as a mandatory measurement in the beef language but, as a number of studies have questioned the usefulness of butt shape as a predictor of carcase yield, it was dropped as a mandatory trait, although retained as an optional trait in the language. It is also often included as a specification in market grids.

The paper warned against confusing butt shape with muscling score, which has been shown in a number of studies to have moderate association with lean meat yield. Muscle score in both the live animal and in the carcase is a score which is based on the thickness of the muscle with the scorer making an adjustment for carcase fat. Unlike butt shape, muscle score is a three-dimensional score of the muscularity of the carcase rather than the two-dimensional silhouette for butt shape which makes no adjustment for fatness.

“Apart from its lack of relationship with yield or eating quality, the other issue for butt shape relates to frequency distribution in industry data-sets,” the discussion paper says.

“Using more than one million records it was found that over 99pc of the butt shape scores were C and that within some plants, some graders exclusively scored all carcases as butt shape C, with no other scores given.”

Principles of the language

If it can go even close to fulfilling these ideals, the white paper will have achieved a great deal, for broader industry benefit.