Aust beef production worth over $16 billion a year 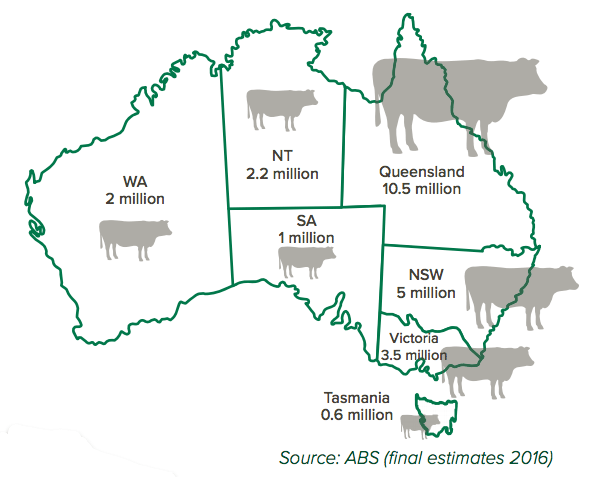 A new “fast facts” summary released by Meat & Livestock Australia this week provides an updated snapshot of the Australian beef industry and the dominant role it plays within Australia’s agricultural economy.

The off-farm domestic and export value of Australian beef and cattle turnoff in 2016-17 was worth $16.85 billion, according to ABS data cited in the report. 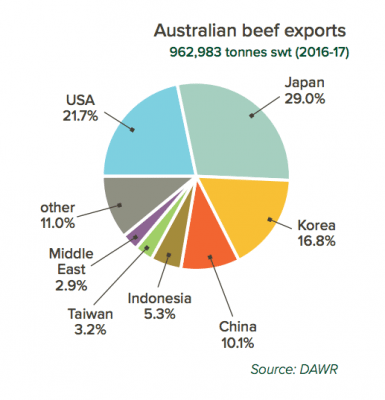 Number of people employed in the red meat sector (on-farm, processing and retail): Around 200,000 people

Domestic consumption: Australians ate around 26kg of beef per person in 2016-17, making Australians the sixth-largest consumers of beef in the world

Australia’s place in the world: Australia has approximately 3 percent of the world’s cattle and buffalo inventory, with India, Brazil and China taking the top three places. Australia produces 3pc of the world’s beef supply and is the third largest beef exporter in the world.