An application by United States-based organisation Humane Farm Animal Care to trademark its “Certified Humane” brand in Australia has been rejected by the Australian Competition and Consumer commission.

A range of livestock industry bodies including Cattle Council of Australia, Sheep Producers Australia and the National Farmers Federation made submissions to the ACCC opposing the application when it was first lodged in February 2019.

Industry concerns were based primarily on the grounds the trademark could mislead consumers into believing that any meat-related products not carrying the same mark were produced through ‘inhumane practices’. 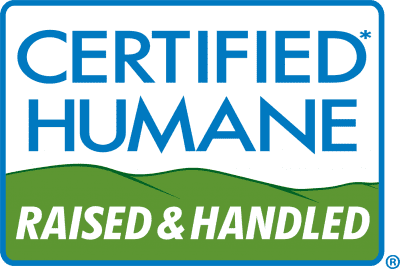 More information on the Certified Humane program can be found on its website here.

In reality all livestock producers in Australia are required by law to meet minimum welfare standards under Australian Animal Welfare Standards, Model Codes of Practice and State legislation, the CCA and NFF noted in their submissions.

In February 2020, the ACCC issued a ruling stating that it was intending to refuse the certified trademark application, pointing out the standards were developed by animal scientists and veterinarians from the US, Canada, Europe and South America, and provided little certainty as to how the scheme would practically operate in the Australian context.

In September 2020, the HFAC responded by lodging a second application with proposed revisions to bring them more in line with Australian practices and consumer expectations, and also appointed an Australian member to its advisory committee.

However, after considering that response, the ACCC issued its final assessment on June 18, 2021 stating that it was not satisfied the changes were adequate and ruled that it would not approve the HFAC’s Certified Trademark Application.

The ACCC said that while it acknowledged the efforts made by HFAC to improve the proposed operation of its scheme in Australia, it considered there were still too many deficiencies which risked misleading consumers for two separate but inter-related reasons.

The first was that some of the standards under the new Certified Trademark rules were unlikely to meet consumers’ expectations of humane animal treatment, and the underlying processes in the new CTM rules for the certification scheme’s operation in Australia create a risk that the standards could be inconsistently applied, and it would not be clear what standards actually apply in an Australian context.

“The ACCC holds similar concerns to interested parties that the certification scheme may mislead consumers by communicating that a product bearing the mark has been produced in a manner that ensures the humane treatment of animals, when that may not be the case – for example, the New CTM Rules permit: hot and freeze branding of cattle; ‘banding’ castration of calves (less than seven days old) without pain relief; meat chickens to potentially be exposed to up to 72 hours of continuous light prior to slaughter,” the ACCC wrote in its final assessment.

“Generally, CTM rules must be clear about what requirements users must meet in order to be certified.

“The ACCC remains concerned about the lack of clarity in the New CTM Rules for the certification scheme’s practical implementation in Australia, which make it uncertain what standards would actually apply in an Australian context and therefore risk misleading consumers. For example, the latest version of the CTM rules still contains references to US-based regulations.”

In a submission lodged on behalf of Cattle Council of Australia CEO Travis Tobin outlined the cattle industry’s concerns that if branded product is taken have been produced from “humane practices”, unbranded product could be seen as having been produced from inhumane practices, which was clearly false due to the minimum standards by law all producers must meet, and in turn misleading to consumers.

John Gunthorpe from the Australian Cattle Industry Council who has been following the process closely and drew the ACCC’s recent ruling to Beef Central’s attention, said his group’s members were concerned the application amounted to an attempt to tighten the standards Australian producers adopt in their farming practices introducing additional costs without benefits.

This was despite Australian producers already operating under world leading standards and farming to deliver high quality beef cattle to our customers, whether they be abattoirs, feedlots or finishers, he said.

HFAC is described on its website as a not-for-profit organisation created in 2003, dedicated to improving the lives of farm animals in food production from birth through slaughter.

It says the Certified Humane logo enables producers to differentiate themselves in the marketplace and empowers consumers to “vote with their pocketbook” and drive demand for humanely raised animal products.

More detail can be found on the ACCC’s ruling including submissions lodged from various groups on the ACCC website here.