Australia’s longest-running radio program, the Country Hour, celebrates 75 years on air this week with special editions of all seven of its state and territory shows.

The program launched on 3 December 1945 – just months after the end of the Second World War. 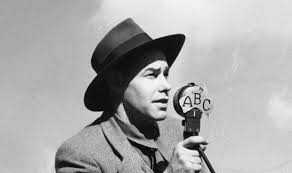 It started with these words:  “Hello everyone, this is Dick Sneddon of The Country Hour, with a program for the farm families of Australia.” And so began an Australian rural tradition that has been covering the people and events that have shaped rural Australia for the past three-quarters of a century.

The ABC’s managing director, David Anderson, said there was no other ABC program that has had such an impact on Australian life over such a long time. “The story of life on the land is in many ways the story of Australia itself. The Country Hour and ABC Rural have covered every aspect of everyday country life since 1945 – from droughts and floods to cyclones and bushfires, from locust plagues to cycles of boom and bust.

“Today, the Country Hour and our rural programming remains essential listening in regional and rural Australia and our reporters continue to break stories that not only have huge impacts on rural life but on the life of the whole nation. Congratulations to all past and present contributors to both the Country Hour and the ABC’s Rural department for continuing to uphold the very highest standards of ABC journalism over seven-plus decades,” Mr Anderson said.

The director of ABC’s regional & local services, Judith Whelan, said the Country Hour and the ABC’s rural programming had moved with the times, expanding its coverage of regional and rural events onto digital and social media platforms from the mid-2000s.

“Today the Country Hour and ABC Rural bring their audiences stories on multiple platforms. Our producers and reporters are creating daily content for radio, audio-on-demand, online, social media and video for digital and television. 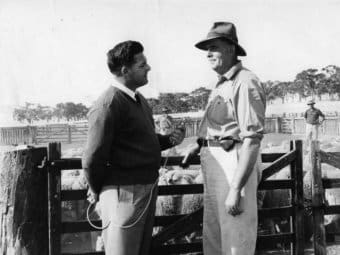 “One of the most important aspects of the program today – and over its 75-year history – is its ability to bring rural and urban people together and inform them of what is going on around Australia.”

Ms Whelan said the recognition of being the longest running radio program was a remarkable achievement not just in Australia, but in a world context. She said the work by ABC Rural was complemented by other ABC programs and services including the ABC’s 56 regional bureaus; Back Roads, now into its seventh season;  the regional youth initiative Heywire, now in its 23rd year; and Landline  – which will celebrate its 30th anniversary next March.

QLD: The Queensland Country Hour will dig into the archives and explore the state’s rich agricultural history with a broadcast from the John Oxley Library in Brisbane.

NSW: The New South Wales Country Hour returns to the site of its 60th anniversary celebrations when it broadcasts from Cumnock in the central west.

TAS: Picking will be underway when the Tasmanian Country Hour broadcasts from a cherry orchard in the Derwent Valley, west of Hobart.

VIC: The Victorian Country Hour will celebrate the state’s cropping history broadcasting from Birchip in the Mallee.

NT: The NT Country Hour will be coming from the Noonamah Tavern in Darwin, located between a mango farm and a live export facility.

SA: The South Australian Country Hour will broadcast from the University of Adelaide’s Waite campus, home to the largest concentration of agriculture and wine research in the country.

WA: The Western Australian Country Hour will be treated to a week of mini anniversary broadcasts.

The Country Hour is broadcast on all regional ABC Radio stations from noon local time in all states and territories except the ACT. Respective state programs can also be heard in metropolitan Adelaide, Darwin and Hobart.

You can listen to your state edition of the Country Hour on your AM/FM or digital radio receiver; on the ABC listen app; or online via your local ABC regional station’s website.

A collection of digital articles marking the anniversary, including the history of ABC Rural, can be found on the ABC Rural website.  A personal account of working with ABC Rural from reporter Brooke Neindorf can be found on ABC Backstory and the ABC Listen app features a collection of short audio stories from a diverse group of Australian farmers reflecting on life on the land.