WITH saleyards across the eastern seaboard fetching record prices in recent months, 504 Brahman steers have been trucked about 3000km from the Northern Territory to take advantage of the booming market.

The cattle were taken on the long and expensive journey from Tipperary Station, about 200km south of Darwin, to the Roma Saleyards for auction today. They left last Tuesday, before being spelled for 48 hours in Cloncurry and reaching Roma on the weekend. 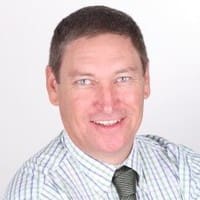 Selling agent and Ray White Roma livestock principal Jack Clanchy said most of the cattle were sold to grass fatteners and only a few pens were purchased by lotfeeders. The sale topped at 644.2c/kg.

Tipperary traditionally live exports cattle from the nearby Port of Darwin – a market which has also seen record prices this year.

But with the steers averaging 400kg, they were out of specification for Indonesia, so the decision was made to send them south.

“We made a calculated decision to send the cattle down to the market because we thought there would be a net advantage and we were paid off handsomely,” Mr Connolly said.

“You have to do your homework because you have freight cost, extra spelling, extra hay, yard dues and all sorts of extra costs.”

With widespread rain across Southern Queensland and Northern New South Wales, competition has been strong in recent months – which was a motivator for Tipperary.

The feeder market at the Roma Saleyards last week was one of the main drivers behind a spike in Meat & Livestock Australia’s Feeder Steer Indicator.

Mr Connolly said with this week’s sale happening under some torrential storms, it was a good time to be selling cattle.

“Buyers were standing in the mud in the saleyards with rain falling on them, which always points to a good sale,” Mr Connolly said.

Other vendors from the north have made the decision to absorb the cost of sending cattle south to capitalise on the red-hot prices this year.

Mr Connolly said it was a situation many in the industry had never seen.

“It’s the first time I can remember in my career where the southern market is a net better market than the northern market,” he said.

“It’s been a bit harder to send heavier cattle on boats this year, and there was better results in sending the right cattle down south.

“The key for us in sending cattle such a long way, was to have good quiet cattle that were well handled and ready for the journey.”