A United States lot feeder has pleaded guilty to defrauding a major processor and another company out of almost a quarter of a billion dollars through what is being dubbed a “ghost cattle” scam.

According to the US Department of Justice, Cody Allen Easterday, 49, of Mesa in Washington State, charged Tyson Foods and another company for the purchase and feeding of hundreds of thousands of cattle that did not exist. 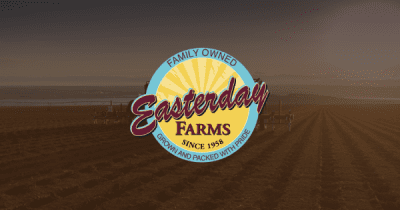 Mr Easterday is the president and chief executive officer of Easterday Ranches. The Easterdays are described as one of the largest farming and ranching families in Washington State, with cattle feed yards and more than 18,000 acres of farming growing potatoes, onions, corn and wheat.

Under the agreements, Tyson and Company 1 would advance Easterday Ranches the costs of buying and raising the cattle. Once the cattle were slaughtered and sold at market price, Easterday Ranches would repay the costs advanced (plus interest and certain other costs), retaining as profit the amount by which the sale price exceeded the sum repaid to Tyson and Company 1.

The US Department of Justice said that beginning in approximately 2016 and continuing through November 2020, Mr Easterday submitted and caused others to submit false and fraudulent invoices and other information to Tyson and Company 1.

“These false and fraudulent invoices sought and obtained reimbursement from the victim companies for the purported costs of purchasing and growing hundreds of thousands of cattle that neither Easterday nor Easterday Ranches ever purchased, and that did not actually exist. As a result of the scheme, Tyson and Company 1 paid Easterday Ranches over $244 million for the purported costs of purchasing and feeding these ghost cattle,” a US Department of Justice statement said.

Inspector General Jay N. Lerner of the Federal Deposit Insurance Corporation – Office of Inspector General (FDIC-OIG)said Mr Easterday’s guilty plea holds him responsible “for his extensive and coordinated fraud over many years, resulting in more than $240 million of illicit gains.”

“The defendant submitted false and fraudulent documentation, and then brazenly used the proceeds to cover his losses and for his personal benefit. This scheme was unraveled through rigorous and diligent investigative work with our law enforcement partners, and the FDIC-OIG remains committed to helping preserve the integrity of the banking sector.”

Mr Easterday pleaded guilty to one count of wire fraud and agreed to repay $244,031,132 in restitution.

He is scheduled to be sentenced on August 4 and faces a maximum penalty of 20 years in prison.